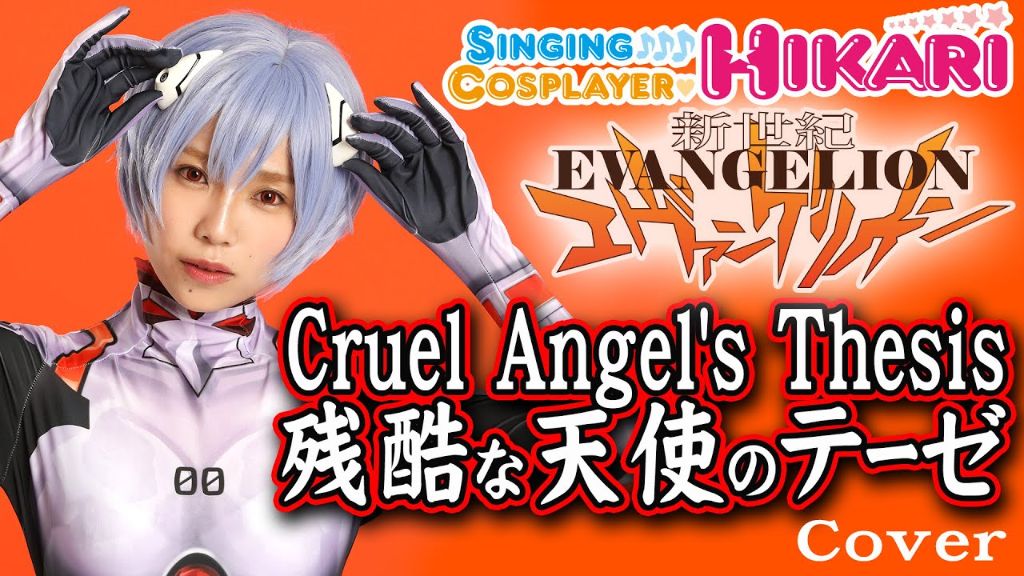 A new cosplay singer is on the scene with the stage name Singing Cosplayer Hikari! A self described lover of anime, gaming, and vocaloids her concept is to cover many beloved songs from the anime/gaming realm while doing a perfect cosplay of one of the characters from the series she’s singing from.

Hikari’s very first upload is a cover of the hit “A Cruel Angel’s Thesis” by Yoko Takahashi. The original version was released in 1995 and served as the theme song for “Neon Genesis Evangelion”. For Hikari’s take she dressed up as one of the main characters from the series, Rei Ayanami.

Every six weeks Hikari plans to change the theme of her of content. Check out her cover of “A Cruel Angel Thesis” below!