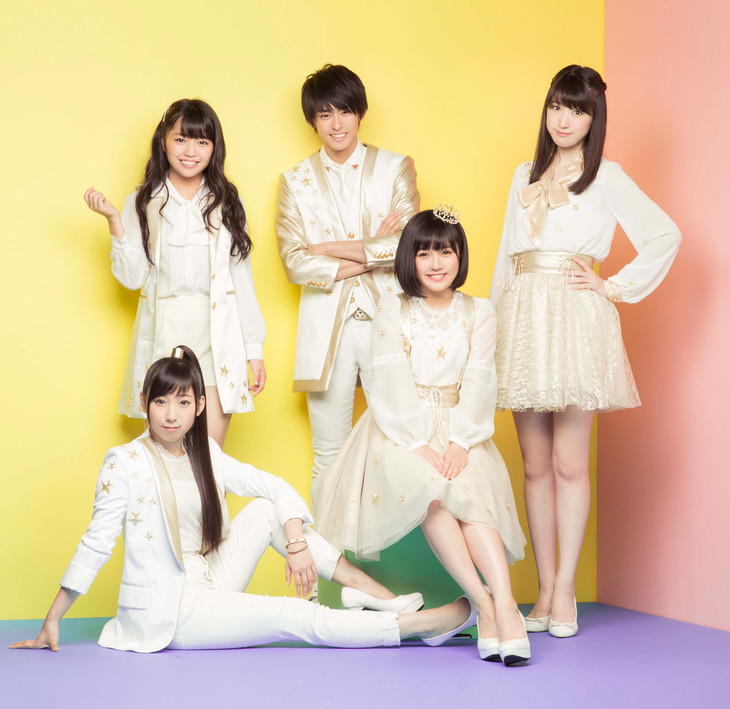 It has been announced on the official Avex site that dance and vocal unit Dream 5 will end its activities on December 31, 2016.

Avex management and the Dream5 staff apologize for the sudden announcement of this news and are grateful for the all support the fans have given in the past 7 years. The announcement mentions that the members will pursue their own individual activities and each left messages for closure. It specifically mentions that Akira Takano, the sole male member, began participating in plays earlier this year will focus on performing in theater for the future.

In November 2009, Dream5 released their single CD after an audition of 1,500 entries through the NHK show Tensai-TVkun-MAX. As a group, they went on to perform ending theme songs for the Yo-kai Watch and Danbbouru Senki W television anime. The group’s second Yo-kai Watch ending theme single, “Dan Dan Dubi Super!,” topped Oricon’s weekly singles chart in its first week. The group has performed at the Kouhaku Uta Gassen, the New Year’s Eve singing contest that is Japan’s most viewed music television program.

The group initially had five members, but Momona Tamakawa graduated from the group this past April due to self-esteem issues.

Thanks Sakura Harano for the tip!