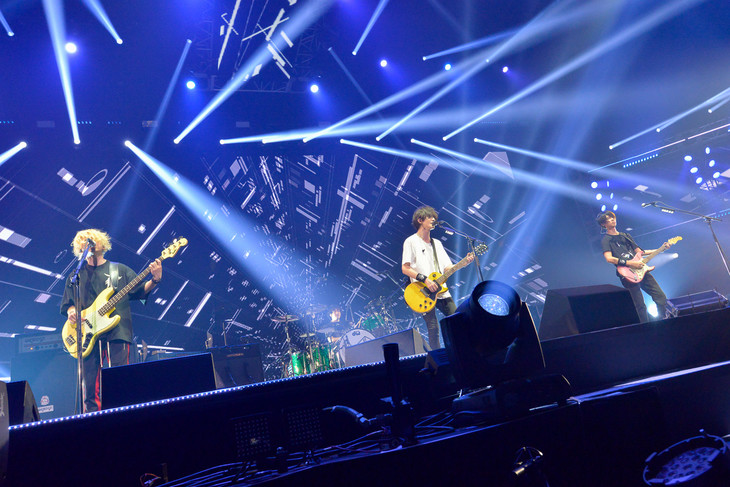 Within the last couple of days, it was revealed that popular rock band BUMP OF CHICKEN will be in charge of the theme songs for the upcoming spring anime “Juushinki Pandora”.  This sci-fi series is the latest creative brainchild of mecha designer and Macross creator Shoji Kawamori, who is known for his work on properties as varied as “Eureka Seven” and “AKB0048”.

The show’s opening theme, titled “Sirius”, has been described as an impressive rock tune defined by its edgy guitar melody.  The ending, “Spica”, was recently shown off during the final shows of the band’s “PATHFINDER” tour and is described as a warm, mid-tempo number.  No release date has been provided for either of these tracks as of yet.

“Juushinki Pandora” will start airing next week on March 29th, but for those that just can’t wait, you can find the latest trailer (which features a preview of “Sirius”) right after the jump.