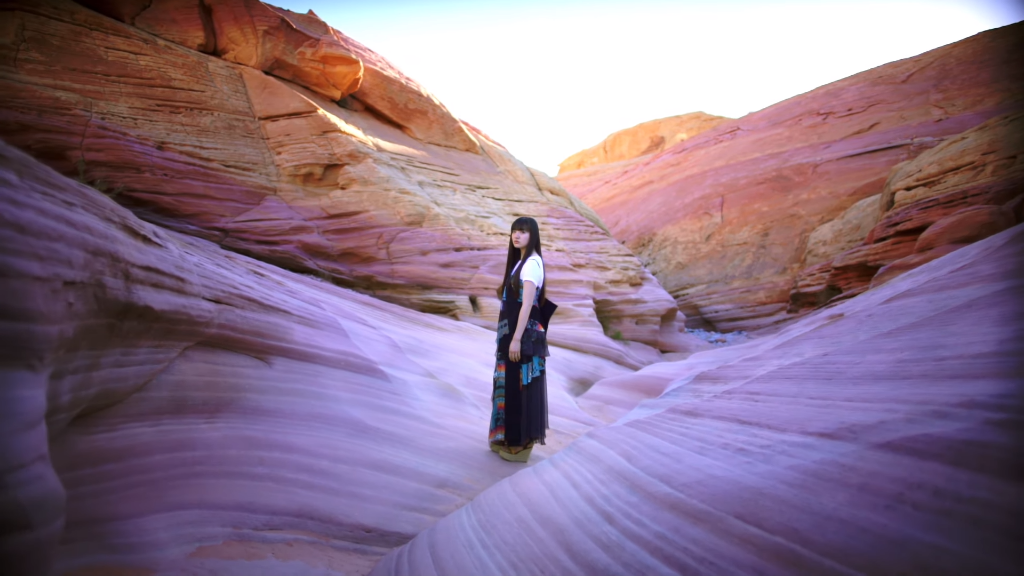 Emiko was born on May 16th, 1999 and was exposed to music from a very early age. As her family were enthusiasts, they naturally encouraged her to embrace the craft and by age 7 Emiko was already creating her own compositions and writing lyrics.

In 2015 during her first year of high school she won the vocal prize in the “National Gospel Contest”. The following year she appeared on the TV Asahi television show “The Mozart” where she was billed as the high school with the strongest voice.

Over the next couple of years she released songs independently, and did some high profile collaborations. Notably she performed “Choosing Hope“, the main theme song for “Final Fantasy XV: Comrades“, the multiplayer expansion for Final Fantsay XV.

Earlier in 2019, it was announced that she would be having her official major debut with avex!!

Titled “Fly My Way“, it’s an uplifting pop song with very strong gospel influences. The MV appears to be filmed in the famed “Valley Of Fire”, located in Las Vegas Nevada. Filled with beautiful scenic shots, Emiko sings her heart out while exploring the vast landscape. Check it out below!

Emiko’s debut single “FLY MY WAY / Soul Full of Music ” will be released nationwide in Japan on August 28th, 2019.