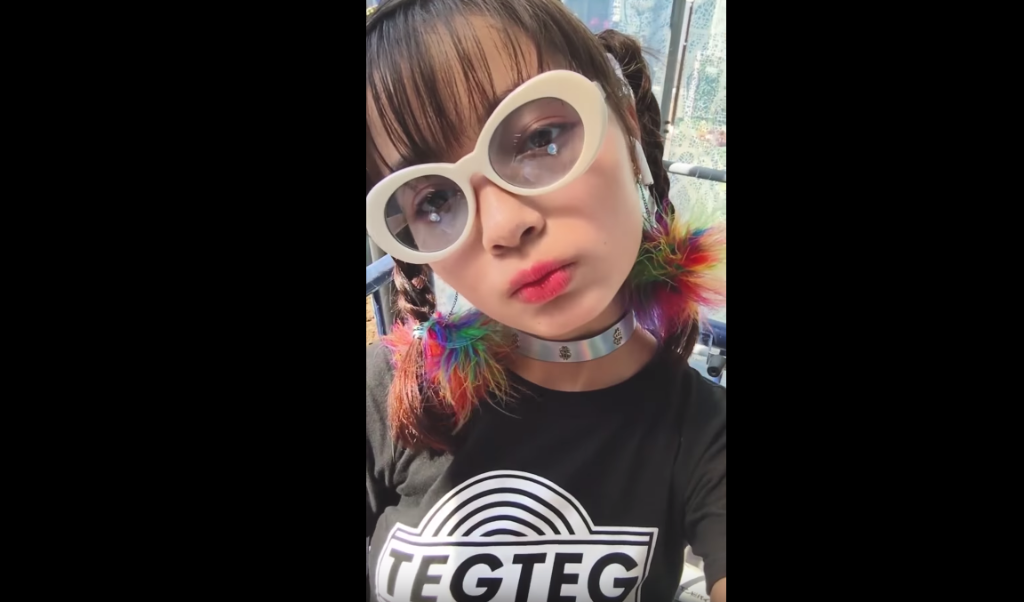 MANON is a half Japanese half French model who is currently pursuing a career in music. She is signed under the agency ASOBISYSTEM, whose best known acts include capsule, Nakata Yasutaka, and Kyary Pamyu Pamyu.  MANON has appeared in various popular magazines including GINZA, NYLON, FRUiTs, and Zipper. Her first song “xxFANCYPOOLxx” was released on July 6th, 2017.

“WAVY PINEAPPLE DAYS” was written and produced by YUPPA (HNC) who is also responsible for the production and lyrics for MANON’s first two singles. The song is simple in production, and the MV follows suit as well. Seemingly filmed on a mobile phone, MANON walks around Harajuku eating a popsicle while showing off her various fashions. MANON is currently in the process of getting her music onto platforms like iTunes, Apple Music, and Spotify. Her music career seems to be a personal project of sorts right now too, considering on ASOBISYSTEM’s website she’s only listed under “model” and not both “model” and “artist”.

The MVs for both “WAVY PINEAPPLE DAYS” and her debut song “xxFANCYPOOLxx” can be seen below.

Do you think MANON has a future in the music industry?