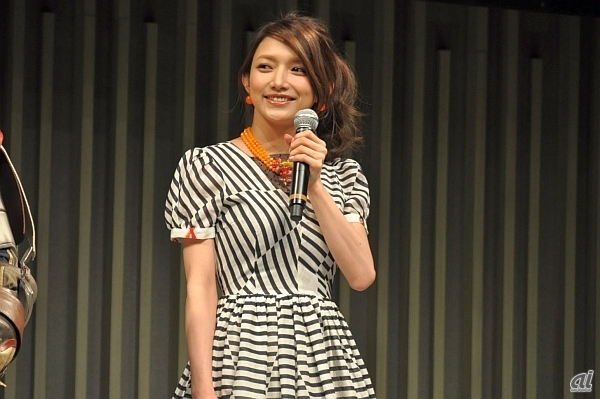 Former Morning Musume ace Maki Goto (28) surprised fans when she announced an indefinite hiatus from her career in show business back in December 2011. Today she revealed her plans to return after two and a half years.

On the 21st of last month, she made an appearance at the 10th anniversary event for Capcom’s ‘Monster Hunter’ series of which she spent most of her time off playing. Weeks later, she opened her official blog 『G-motion』 and wrote “I’m starting to find out what I want to do”. She denied any plans of resuming activities, insisting she was still on hiatus and just wanted to communicate with fans.

Her plans of a renewed career is a result of her appointment as chief curator for 『Alifis（アリフィス）』, a new special interest magazine focused on women in their 20’s and 30’s. Maki’s position has her as a tastemaker, recommending selected information pertaining to beauty, life, fashion, love, traveling and entertainment. The first issue is slated for digital release on the 25th of this month.