Just earlier this year, bilingual dance and vocal group FAKY officially debuted under the avex trax sub-label rhythm zone in hopes of becoming an international hit. It was announced earlier today on FAKY’s official website that the group is to cease all activities for the remainder of the year and comeback with a renewed concept in 2015.

Fans are confused by this sudden announcement, but for many, this is the first time they are learning about FAKY due to poor promotion from avex. As a result of this abrupt change, the mini album that was originally planned for release in April but never released will finally be liberated digitally on July 2nd for a limited time. It is assumed this mini album, a compilation of all of their songs so far, will be their last with its current configuration of Anna, Lil’ Fang, Mikako, Diane, and Tina.

The members left a message for fans on their official website:

Thank you for all the love and support you have given us throughout the past year.

We are truly sorry for this sudden announcement but hope you understand that this is a necessary process for us to improve as a group.

We will continue working hard in hopes to share with you, once again, the excitement and our passion for music in early 2015!!

Thank you truly for all of your support and we look forward to seeing all of you soon!!

All members will continue with their individual activities until FAKY returns. This may be the end of FAKY as we know it, but it will be exciting to see what’s in store early 2015! 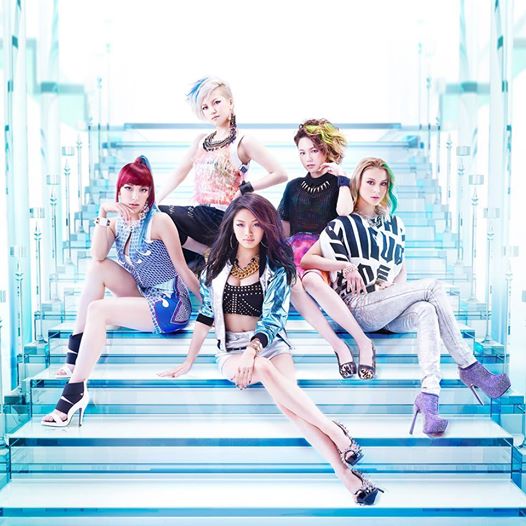 “The One” MINI ALBUM Tracklisting: