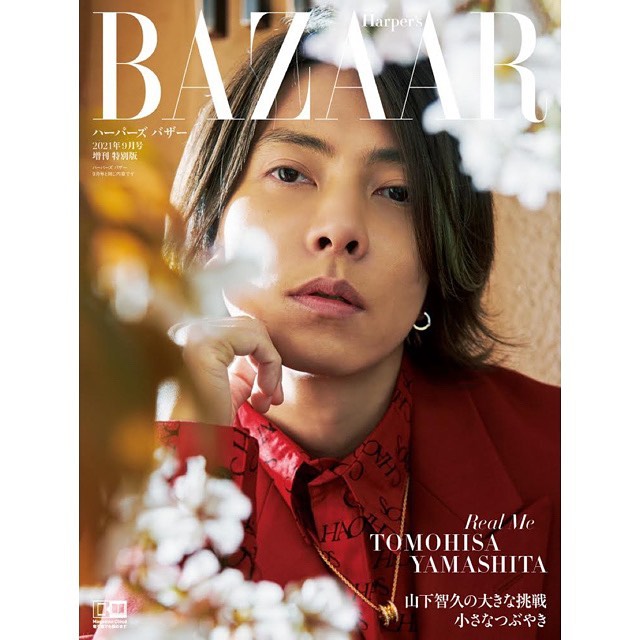 Actor Tomohisa Yamashita will be covering Harpers Bazaar Japan for the very first time in their upcoming special edition issue. In the issue Yamapi will discuss how the landscape of the entertainment industry has changed since the COVID-19 pandemic began to spread.

He will also talk about his increased international activities starring in both films and dramas. In 2022 he will be starring in the anticipated film “The Man from Toronto” which features Hollywood stars Kevin Hart, Woody Harrelson, and Ellen Barkin. In the interview Yamapi will also reveal what he’s looking forward to in the future.

Yamapi revealed that throughout his career he never really liked taking pictures, but now he’s in the habit of taking selfies. But he tries not to overdo it as he believes finding the best balance in everything is important. This likely has to do with him now having the freedom to run his own public SNS profiles.

Yamapi’s issue of Harpers Bazaar will be available for purchase July 19th.