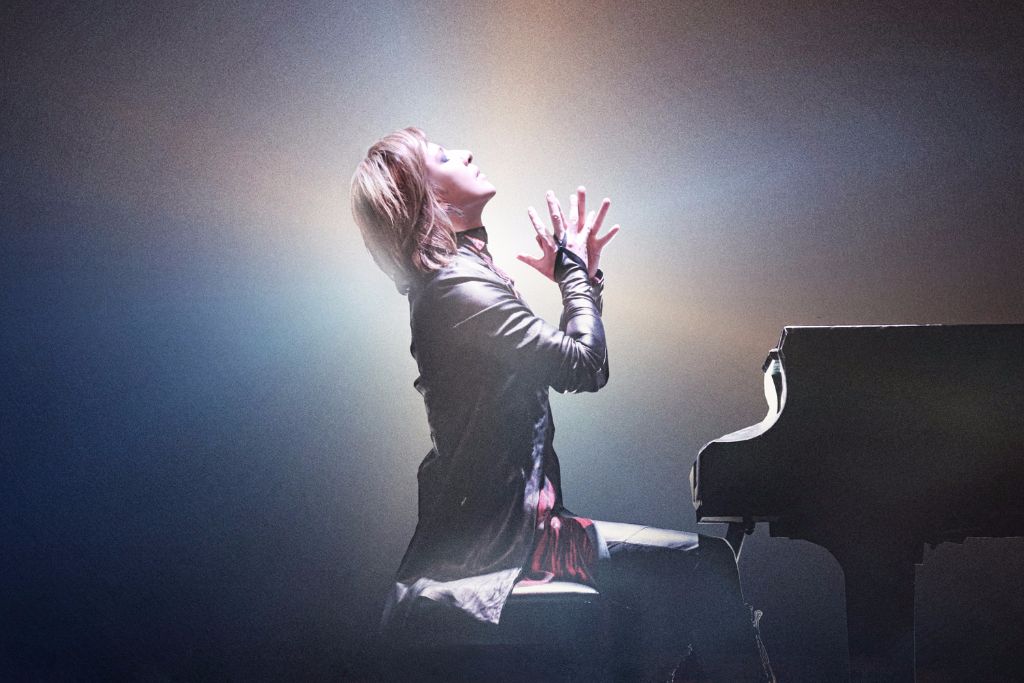 Taking place on January 12 and 13, Yoshiki will perform original compositions alongside the world-renowned Tokyo Philharmonic Orchestra along with several traditional classical pieces.

“I began taking piano lessons and music theory at age four, and became interested in classical works by Beethoven and Schubert,” explains Yoshiki. “I was fortunate enough to play Madison Square Garden 2 years ago with my band X Japan. Now I’m playing Carnegie Hall as a pianist with Tokyo Philharmonic Orchestra, which was another dream of mine. Words can’t describe how honored I am to be performing at such a prestigious venue with an amazing orchestra.”

This classical concert will also take place in Japan and Hong Kong. 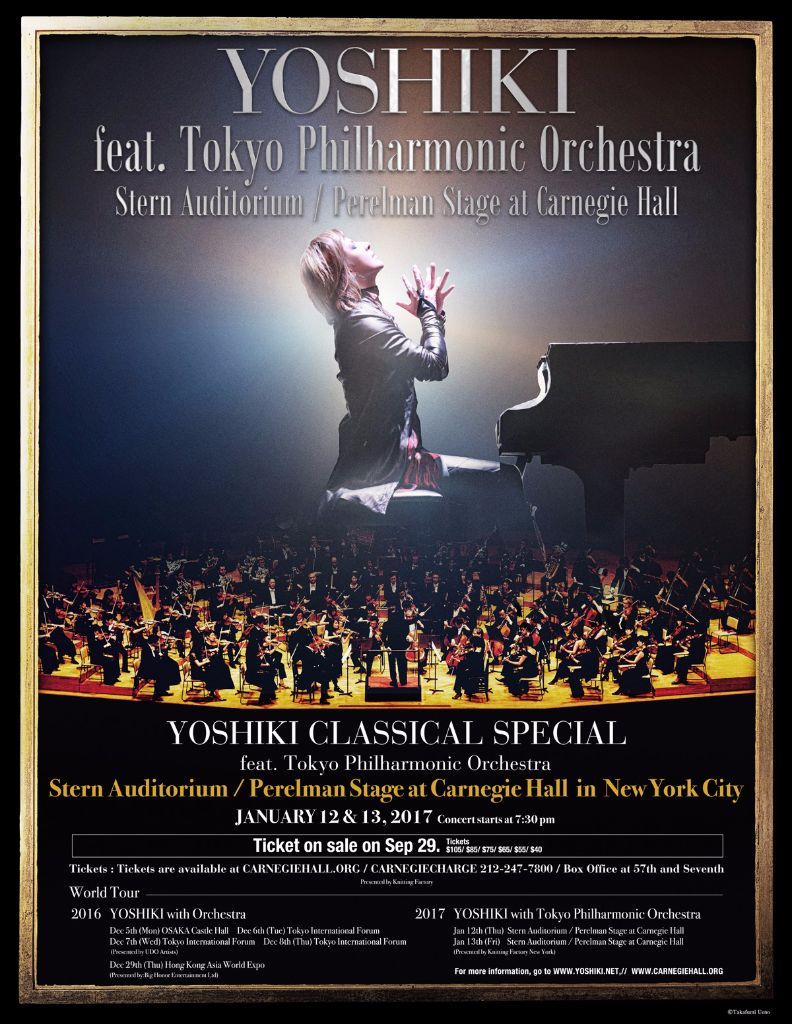 His band X Japan has sold over 30 million singles and albums combined—captivating admirers such as Sir George Martin, KISS, Stan Lee, and even the Japanese Emperor—and pioneered a spectacle-driven style of visual rock, creating a one-of-a-kind cultural phenomenon. The group is currently laying down tracks in a Los Angeles studio for their upcoming album due for a worldwide release in early 2017.