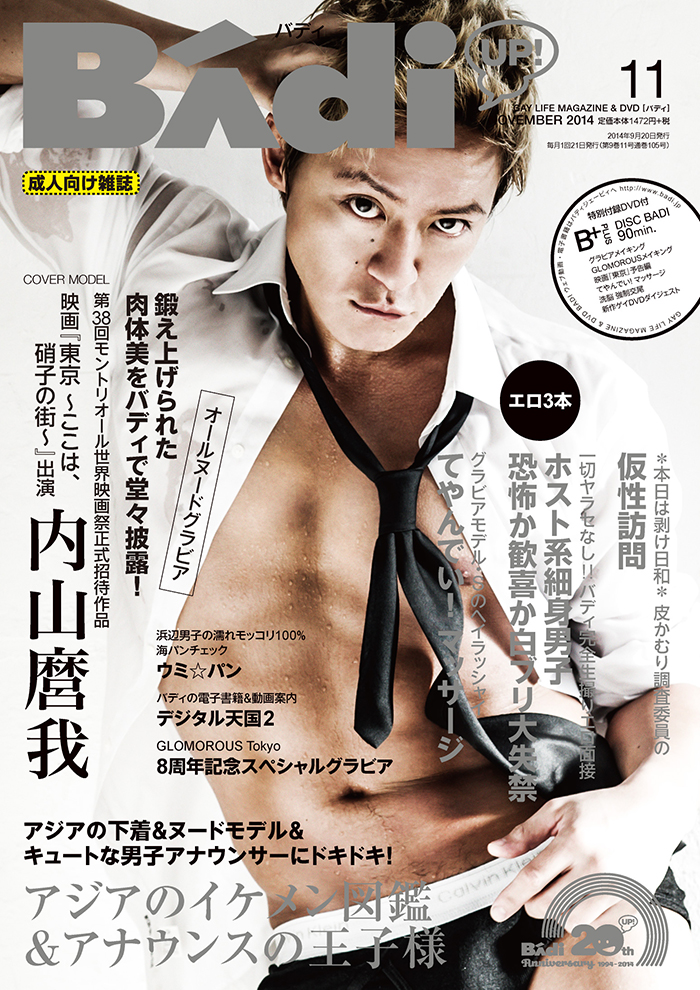 The coverboy for the November issue of top Japanese gay magazine Badi is none other than Maro, ex-boyfriend of pop icon Ayumi Hamasaki.

The cover is part of the promotion for his movie debut Tokyo ~The City of Glass.~ In the 8-page spread, the dancer/actor/singer-songwriter/model/grass eater/homeless man poses in various states of undress to titillate the gay men of Japan. The magazine comes with a 90 minute DVD. The behind the scenes footage is actually steamier than the content in the magazine. The DVD also features a trailer for Tokyo ~The City of Glass~, which includes footage of Maro’s steamy scene.

Check out the photoshoot and videos after the jump!

[Images have been removed as requested]

Behind The Scenes Footage

Tokyo ~The City of Glass~ trailer