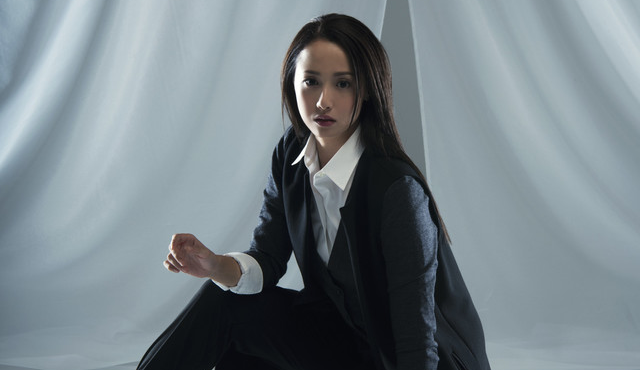 Erika Sawajiri has been revealed to star in a manga-based movie Funohan, set to be released in 2018. In the manga, the main protagonist named Tadashi Usobuki (played by Tori Matsuzaka) kills people on request so it would be impossible to suspect anyone though his clients are more often than not also punished in the end. Sawajiri’s character, Tomoki Tada, is an investigator (originally male in the manga but made a “boyish woman” for the adaptation) who attempts to track down the mysterious man in black.

The decision to change Tada’s gender was affected by Matsuzaka being cast and is supposed to improve the chemistry between the main characters.

In case you missed it, here’s a visual for Matsuzaka’s character