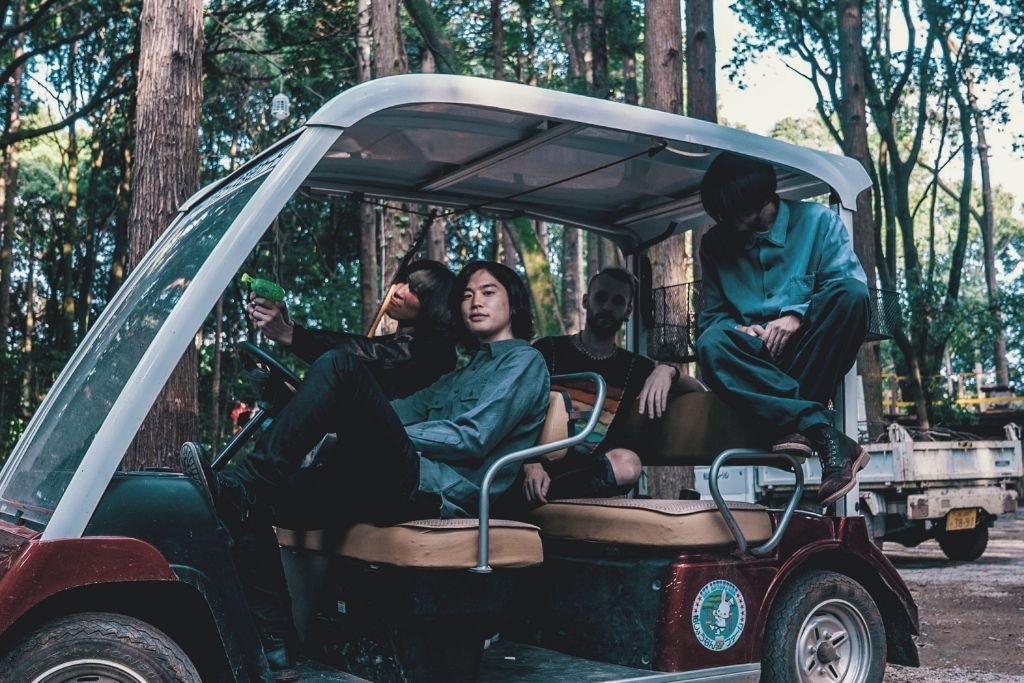 Just last week we reported that 80s-influenced rock band Newspeak would be releasing their first mini-album “Out Of The Shrinking Habitat” on October 3rd.  Now, in order to promote this release, the group have published the music video for its lead track “Lake” to their Youtube channel.

This PV, directed by Hiroya Brian Nakano, features the band posing as landscapers tending to a pool, alternating between working and enjoying the space.  According to Nakano, the video is meant to represent the theme of this late summer song’s lyrics – that there is more to life than the chaotic shuffle which tends to dominate every day.

You’ll find the music video for “Lake” right after the jump.