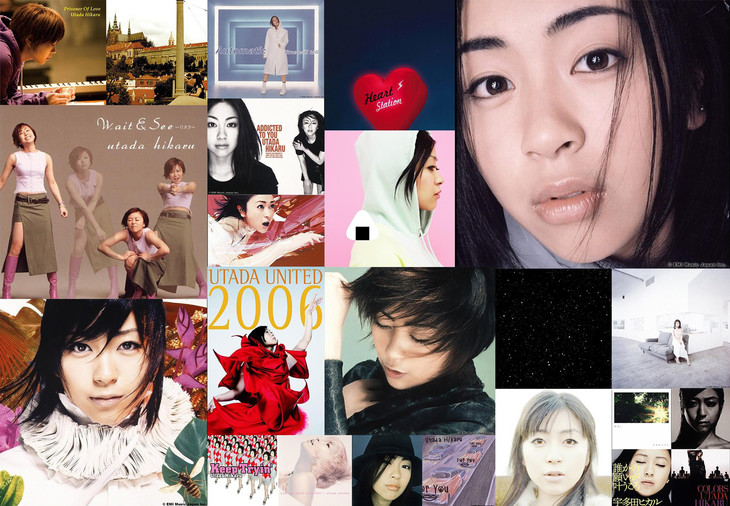 After much speculation and numerous reports on the subject, famous pop singer Utada Hikaru has finally provided official confirmation that she will be ending her hiatus from the music industry on April 4th.  On this day two of her new songs will air live on Japanese television:  her theme song for the Asadora “Toto Nee-chan”, which has now been revealed to be titled “Hanataba wo Kimi ni”, and the new ending theme for news program “NEWS ZERO”, the title of which will be unveiled at a later date.

In celebration of Utada’s return to the scene, her team have launched what is called the “NEW-TURN Project”, a webpage which will help both fans and industry professionals welcome her back. Every time any Utada-related products are purchased through the website, or anyone tweets the hashtag “#おかえりHIKKI”, more cherry blossoms will bloom on the site’s main page.  A portion of the proceeds earned through this project will be donated to non-profit organizations which will plant cherry trees in areas affected by the Great East Japan Earthquake.

Arama!Japan warmly welcomes Utada Hikaru back to the Japanese music industry and encourages all those who would like to do the same to visit the “NEW-TURN Project” webpage.