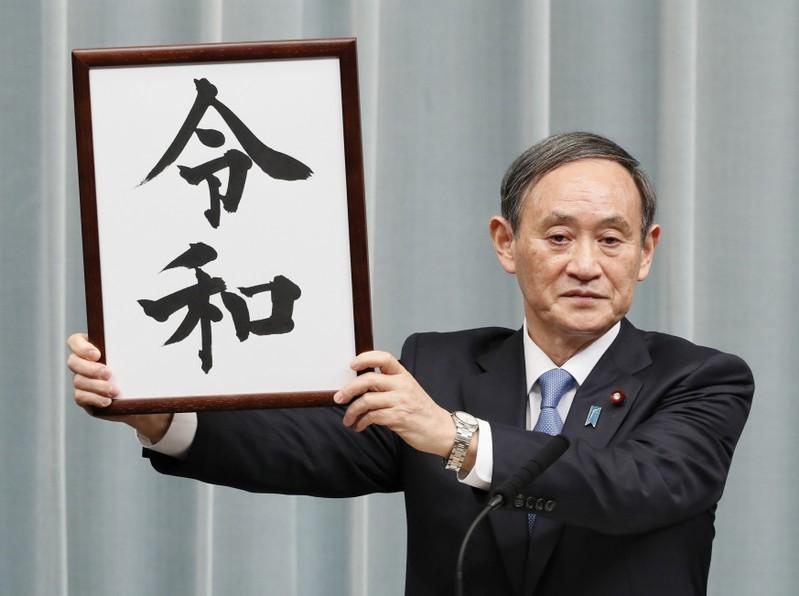 Japan has revealed the name “Reiwa” as the nation’s new era, replacing the Heisei period which lasted 30 years, Reuters reports.

The new era will start on May 1, 2019, the day after Emperor Akihito is expected to abdicate the Chrysanthemum Throne, when his son, Naruhito, will ascend the throne as the 126th Emperor. The name will identify this time for the duration of his rule and become his official name after death.

Japanese era names are carefully and traditionally comprise of two kanji that symbolize the hopes and aspirations for the period it defines. The kanji for Reiwa (“令和”) symbolize “Orderly Peace” and is derived from the Manyoshu, the oldest existing collection of Japanese poetry.

Japan has had 247 era names since the system began in the year 645 as an import from China. Currently, Japan is in its Heisei era, which started on January 8, 1989, the day after the death of Emperor Hirohito, when his son Akihito, the current Emperor, acceded to the throne.

Eras in Japan symbolize the national mood of a period. For example, the term Showa idol conjures up a specific image of a cute, pretty but common singer with chin-length hair and poofy skirt. Johnny’s even worked the Heisei name into a group concept with the 2007 debut of Hey! Say! JUMP, which consisted of members all born in the Heisei era.

In the past year, we’ve seen a collective bout of nostalgia looking back at the Heisei era in the Japanese media.

The Heisei era began during the tail end of an economic boom. In its early years, there was a lot of extravagance, excess and looking towards the future.

In the ’90s in Japan, we saw the CD boom. The charts were dominated by million-selling Eurobeat-style productions from Tetsuya Komuro, producing hits for artists like Tomomi Kahala, Namie Amuro, Ami Suzuki and hitomi. Last May, DA PUMP served up a huge Eurobeat hit with “U.S.A.“ which took the country by storm.

The end of the ’90s bled into the early 2000s and brought on an evolution in idol culture with the success of Morning Musume, artists like Utada Hikaru and Ayumi Hamasaki (who topped a survey of most representative female soloist), as well as interesting cultural movements like Gyaru fashion and Para Para dance. Thelma Aoyama celebrated the latter phenomenons with her song “Sekaino Chuushin -We Are The World-“ last year.

A little too soon to be nostalgic for, the 2010s in Japan’s music scene were dominated by K-Pop, AKB48 and its sister groups.

In a countdown of Heisei highlights on Music Station, the music show handed out awards for various categories with names like Arashi, Chisato Moritaka, Kanjani8, Hikaru GENJI and Ayumi Hamasaki making multiple appearances.

How would you sum up the Heisei era? Who is your quintessential
Heisei artist? What are your hopes for the upcoming Reiwa era?