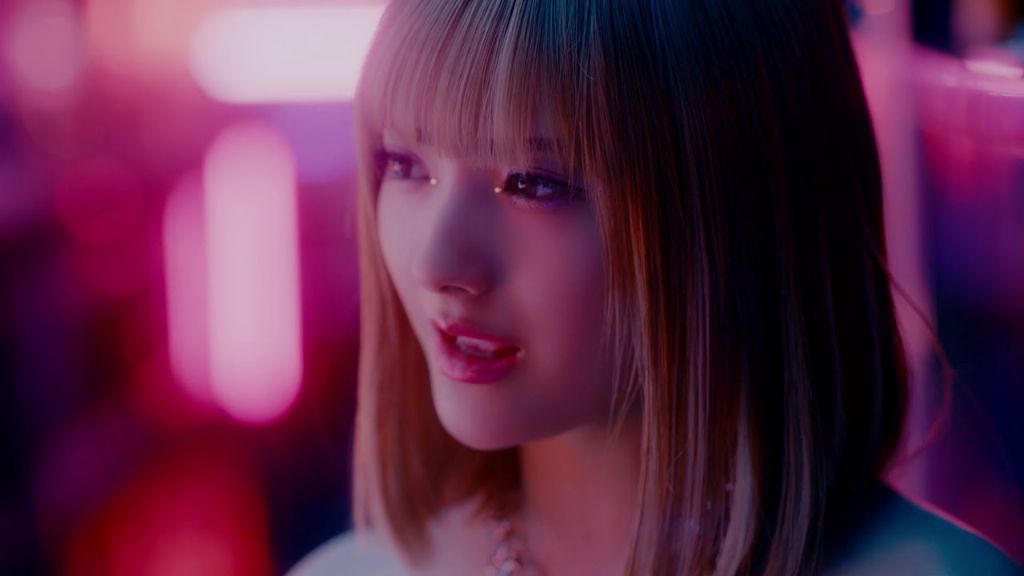 Up-and-coming artist Kalen Anzai has released the music video for her latest digital single “Jinsei wa Senjou da” (“Life is a Battleground”), the third and final entry into her ‘Immersive Society 3.0‘ trilogy that takes place in a fictionalized future version of Shibuya and features a strong cyberpunk and vaporwave driven aesthetic

The song will be used as the new ending theme for the ongoing anime series Black Clover, which began its third season on October 1, 2019. According to natalie, Kalen is a huge fan of the manga and hopes her message of facing adversity and overcoming it is communicated in relation to the themes of the series.

The year is 21XX. A robot version of Kalen—whose identity differs from the Kalen we have seen in the first two videos by choice of dark, edgier clothing—looks out at a distant world pensively while standing in a sleek spaceship hangar. She activates her spacecraft and takes off towards the world she set her sight on with a mission, clearly.

As she makes her way through the city, we catch a glimpse of the sullen denizens of this completely surveillanced society whose lives are intertwined with technology through various forms of cybernetics and barcodes.

Suddenly, she is bumped into by a mysterious hooded figure who she realizes looks exactly like her, causing her to drop her augmented reality hologram phone in confusion. Her curiosity takes over her and she begins her search through the dark corners of the gritty underground and on tops of buildings in search of her doppelganger.

Their paths cross on rooftop when the hooded “Kalen” double looks over her shoulder and dematerializes into light. Suddenly, the light comes together and forms a compass that gives a glimpse into a digital representation of an exploding battlefield. As the image of the compass comes apart, it rematerializes into explosions projected over the city as Kalen looks out into the distance.

It’s revealed that these images of a battlefield are just being projected onto Kalen’s eyes through retinal implants. An act of artificial intelligence took her out of her daily, monotonous daze to lead her on a journey of self reflection by creating a visual manifestation of her anxiety and feeling of chaos, possibly signifying AI coming to a point of overcoming human intellect.

Kalen Anzai’s ‘Immersive Society 3.0‘ trilogy—which began with “Sekai no Subete Teki ni Kanjite Kodoku sae Aishiteita” and was followed up with “Dareka no Raise no Yume Demo ii“—is an ambitious visual feast for an emerging artist. It explores the idea of a disconnect with the world that youth today can relate to, such as isolation despite being so connected to thr world through social media, the fear of losing one’s self to technology, the possibility of impending AI overlords, and anxiety about the future of our world.

“Jinsei wa Senjou da” is available on digital platforms for sale and streaming on October 1, 2019.