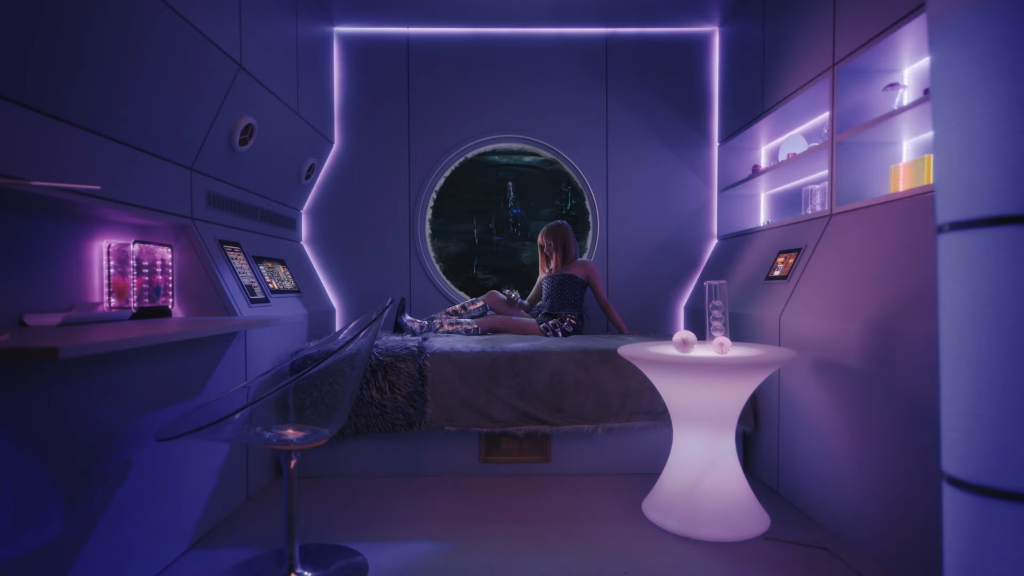 Diva-in-the-making Kalen Anzai continues to mesh the sound of early 2000s J-Pop with a retro vision of the future with the release of the music video for her second single “Dareka no Raise no Yume Demo ii“.

Only releasing her debut effort “Sekai no Subete Teki ni Kanjite Kodoku sae Aishiteita” just one month ago, Anzai delivers yet another high-quality production. The music video for “Dareka no Raise no Yume Demo ii” is a visual treat with its cyberpunk and vaporwave driven aesthetic, and acts as the second part of Anzai’s Immersive Society 3.0 release trilogy.

In the music video, Kalen is situated in a high-rise apartment wearing a Swarovski-studded fringe-edged denim bustier straight out of 2002, sullenly overlooking a fantastical futuristic city enclosed by a dome. Looking back on date she went on as she sings about her sorrows, the video gives a glimpse into the relationships of the people she saw around her, notably highlighting two LGBTQ couples.