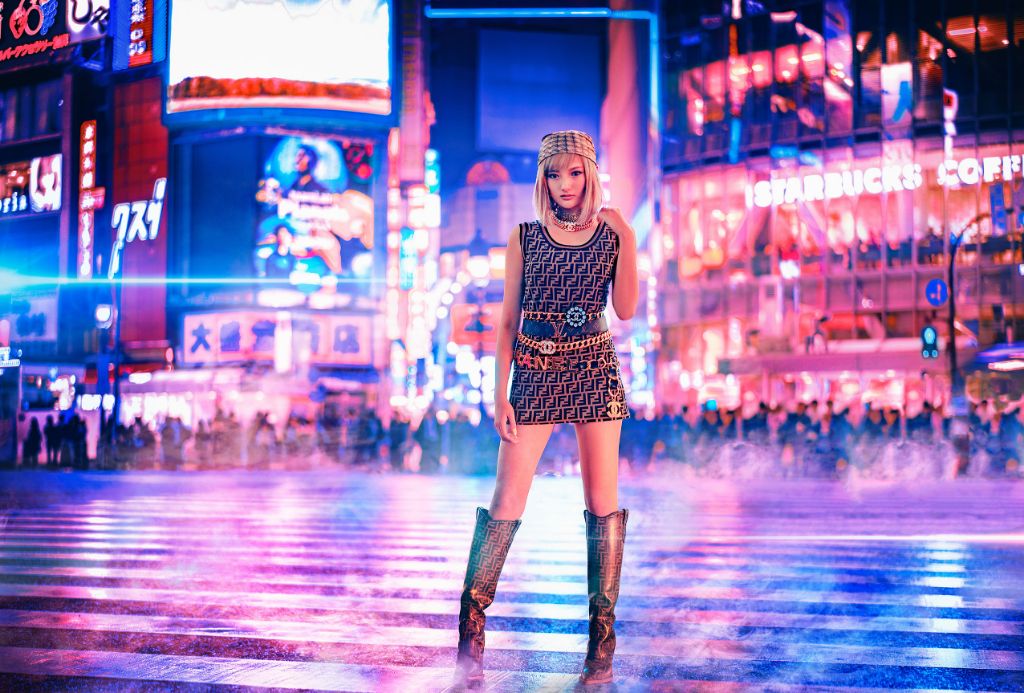 Nineteen-year-old newcomer Kalen Anzai has made her debut under Avex with digital single “Sekai no Subete Teki ni Kanjite Kodoku sae Aishiteita” that blends the past with the future.

With lyrics written by Kalen and composition by BOUNCEBACK—the production duo known for their work with Ayumi Hamasaki, SweetS, BoA and Hitomi Shimatani—the song “Sekai no Subete Teki ni Kanjite Kodoku sae Aishiteita” is an emotional yet inspirational song with a classic 2000’s J-Pop sound.

Barks describes the music video as an avant-garde work with a strong cyberpunk aesthetic reminiscent of the movie “Blade Runner“, expressing the world in Virtual Reality with glitch effects and glowing pink and blue tones while decked out in the latest fashion from Fendi, Dior and Prada.

Ahead of her debut, Kalen was appointed as image representative for MAC Cosmetics in Japan, appearing in a campaign representing the “Next Generation Gyaru” for their new TSUYA SKIN liquid foundation.