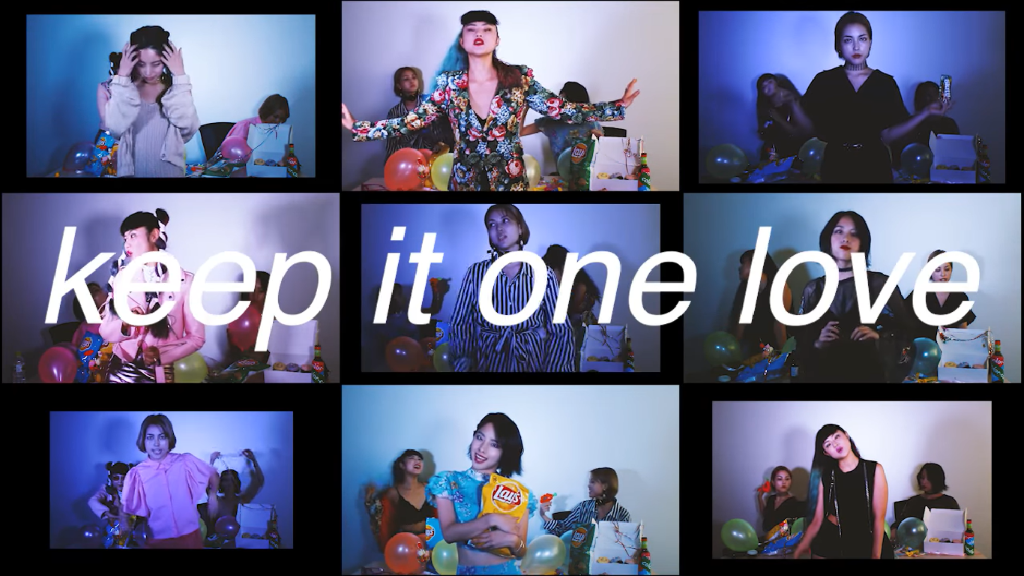 Even though they already finished the six-month-long song project that kept them busy for the first half of this year, electropop group color-code still has plans for the rest of 2017! Today, they have revealed the Music Video for “keep it one love”, the digital single for the month of May. The MV consists of several clips of the three girls in a party having fun on their own, with several changes of outfits and moods. This video has been directed by NANAMI herself, who also took part on the MV for March’s single, “parallel world”.

“What is color-code?” is a countdown that began on July 24th consisting of a daily picture of the group with a number, starting at 100. These posts were used to both bring back old memories from past pictures and announce and promote concert dates. However, the true meaning of the countdown remains a mystery which will only be solved on November 1st, day in which the countdown reaches zero.

Did you enjoy the Music Video? What do you expect to be behind this countdown? Leave us your thoughts in the comments!