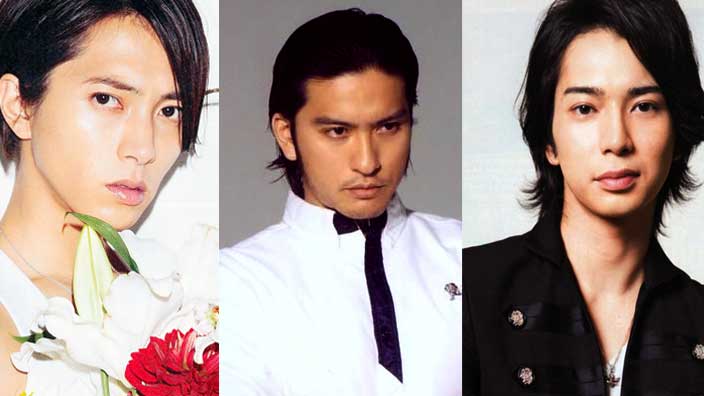 Another day, another Johnnys ranking because, why not? This time, it’s the “Coolest Johnnys” as voted by 679 male teenagers.

On the Sep 6 broadcast of AbemaTV program “Magigachi ranking”, the ranking on “Johnnys talents that even guys think is cool” as voted by male teenagers is presented. It’s a variety show which features survey results from male and female teenagers hosted by Takeyama Takanori.

The results probably differs just a bit from the usual results given the demographics of the survey. Check out the ranking below. Do you agree with the teenage guys’ choices?

First place is Yamashita Tomohisa who is currently starring in the drama series “Code Blue Season 3”. “Everything is cool” “very cool” “cool style” “With his looks and personality, he gets rumored with actresses” were among the reasons for being chosen.

Second place is Tegoshi Yuya (NEWS), who appears in the popular variety show “Sekai No Hate Made ItteQ!. “His reflexes are good.” “He seems like a ‘chara chara’ person but is also a cool guy” “A blonde person isn’t cool but blonde hair suits him well” were the reasons given.

Third place is Yamada Ryosuke (Hey! Say! JUMP ). “He looks mixed”, “Even as a guy, I admire him” Some has comments on his acting too “Facial expressions can easily change as a movie villain”.

5. Nagase Tomoya (TOKIO) – “In Johnnys, the first I knew of is Arashi. They appeared together in a music program and I saw TOKIO. I learned his name and thought he is really cool”, “tall height”, ‘In DASH Village, he cooks really well”.

7. Matsumoto Jun (Arashi) – “goodlooking”, “Not only his face, but his behavior is also cool.”, “Always cool and does everything smoothly”

8. Kamenashi Kazuya (KAT-TUN) – “He is cool in dramas.”, “I admire him”, “If it’s an ordinary perosn, it’ll look cheap but he looks cool doing sexy poses in music programs and such.”

9. Kimura Takuya – “Good in singing and acting. Even as a guy, I like his backhug scenes in dramas.”, “cool style”, “manly”, “I want to be an ojisan like him”