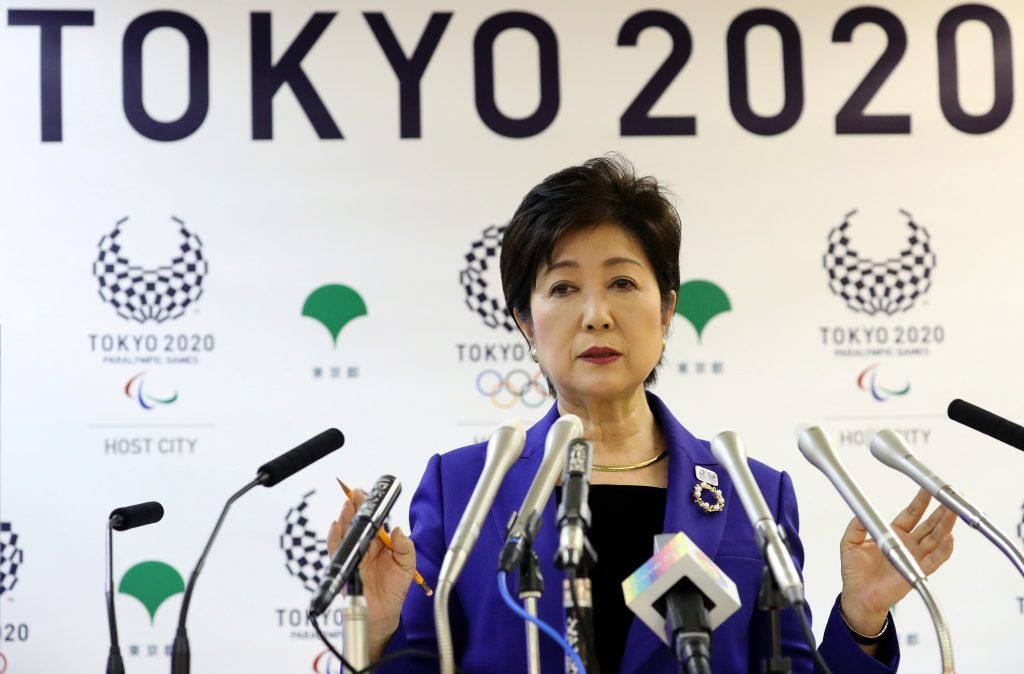 The governor of Tokyo Yuriko Koike recently held a press conference, among the many questions asked she touched upon whether or not TOKIO will continue to be special ambassadors for the upcoming 2020 summer Olympic Games.

As everyone knows, this is all in response to the scandal involving TOKIO’s bass player Tatsuya Yamaguchi.

The scandal has not negatively impacted any of the members. They have continued filming on their variety television show as  a 4 peice, and have went along with their various solo activities without any interruption. Whether or not they will still be special ambassadors for the Olympics is still up in the air though.

During the press conference she stated that “They have worked so hard and come so far, I want to consider their efforts” , and went on to praise the positive achievements in their career.

She ended saying that she hopes both the members and Johnny & Associates continue to give the proper care for the victim and her family.

While the decision isn’t final yet, with Koike’s backing TOKIO will most likely be able to keep their position as a special ambassador.

The 2020 Tokyo Olympics will start on July 24th, and conclude on August 9th.