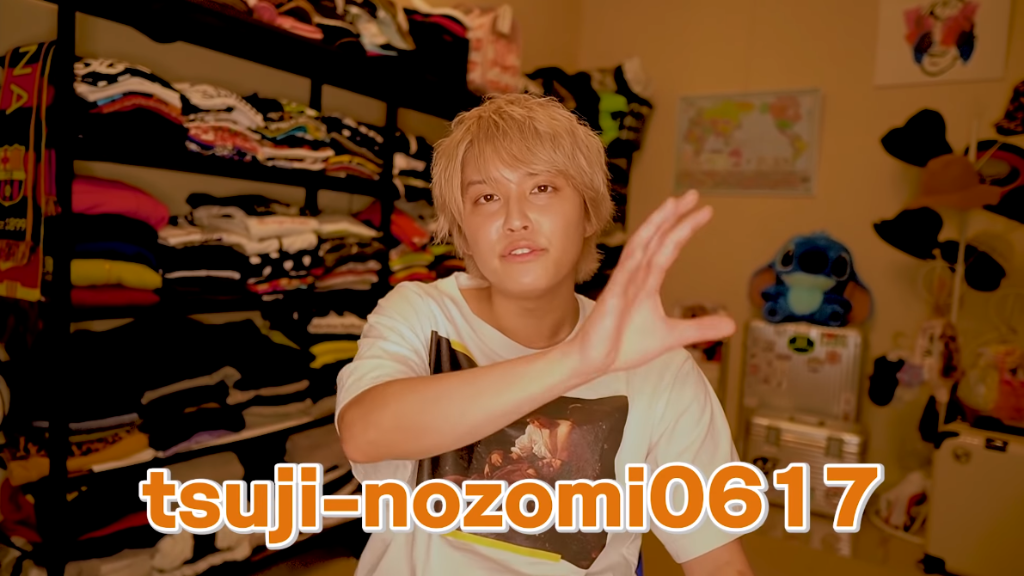 Former Johnny’s talent and NEWS member Yuya Tegoshi has uploaded a new video on his official YouTube channel, it’s the first “normal” video he has uploaded, and third overall since the press conference upload.

In the video Tegoshi used this as an opportunity for fans and the public to get to know him a little better. He filmed the video inside of his closet surrounded by clothes and a Stich plushie from the Disney film “Lilo & Stitch”. Tegoshi went into his hobbies as a youth, explaining that he was a really big fan of Morning Musume, 4th generation member Nozomi Tsuji to be exact.

Tegoshi was a member of Morning Musume’s official fanclub, he would regularly attend their concerts and events with a homemade headband that had “Non♡” written on it. Showing his dedication even further, in middle school his email address was “tsuji-nozomi0617”, the numbers were in reference to her birthday!

Tegoshi remembered when his former group NEWS made their debut on Music Station in 2003, Morning Musume just so happened to be on that episode also and he was so happy to be there together with them. We wonder what Tegoshi’s favorite songs to “wotagei” to were.

He further went on to talk about his time in NEWS, Tegoshi was a Johnny’s Jr. for only 10 months which is an extremely short amount of time for the agency. When the group debuted he felt like he was at the very bottom for popularity. During the shooting for their debut single he felt like he was just “there”, and didn’t get a chance to receive any of the spotlight.

During photoshoots the photographer would give instructions to members like Tomohisa Yamashita and Ryo Nishikido, but barely paid any mind to the others. This got Tegoshi thinking of ways for how he could stand out more, and even be in one of the center positions in NEWS.

He had a talk with the founder of Johnny’s, Johnny Kitagawa. In this candid chat Kitagawa apparently told Tegoshi that Johnny’s talent can’t really sing, so he wanted Tegoshi to change. That was basically Kitagawa’s way of telling Tegoshi how he could stand out more in his group. Tegoshi enrolled himself vocal training lessons, and eventually those lessons paid off!

One of his favorite memories is the release of their 6th single “Hoshi wo Mezashite”. Released in 2007, he along with Yamapi was in the center position for the song, he also received his own lengthy solo part in the song. “Hoshi wo Mezashite” hit #1 on the Oricon charts and sold over 240k units.

While Tegoshi claimed he wasn’t planning on doing YouTube full-time, it’s turning out to be extremely successful for him. He has already received over 815k subscribers, and his latest video already has almost 2 million hits in under 24 hours. Check out the full thing below!