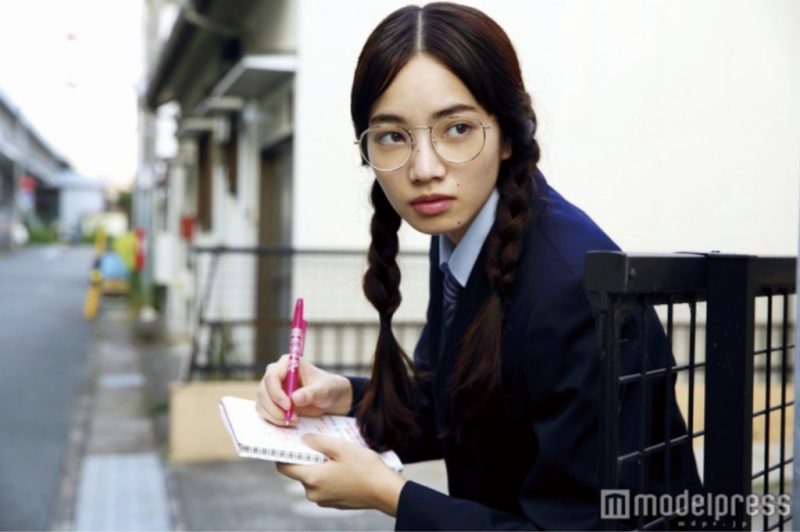 Special footage from Nana Komatsu’s upcoming movie, Hero Mania -Seikatsu- (releasing May 7th) was revealed to the public on the 8th. The movie features Masahiro Higashide as character Nakatsu, Masataka Kubota as character Toshida, and Komatsu as character Kaori, an average high school student who excels at gathering information, a role that is a bit different from roles Komatsu has taken on in the past.

Watch the special footage after the cut!

Director Keisuke Toyoshima stated, “I like to make beautiful girls do strange things (laugh),” but was surprised to find out that Komatsu really enjoyed making people laugh with her character. The actress herself also commented, “I was able to be very lively and free as my character on set, and everyday I really looked forward to coming up with how I could make people laugh as Kaori.”

The newly released footage shows off Komatsu’s acting in her challenging new role. In the last scene of the clip, Komatsu spits at the camera, “Hurry home, little boy, and go suck on your mom’s tit or somethin’!”