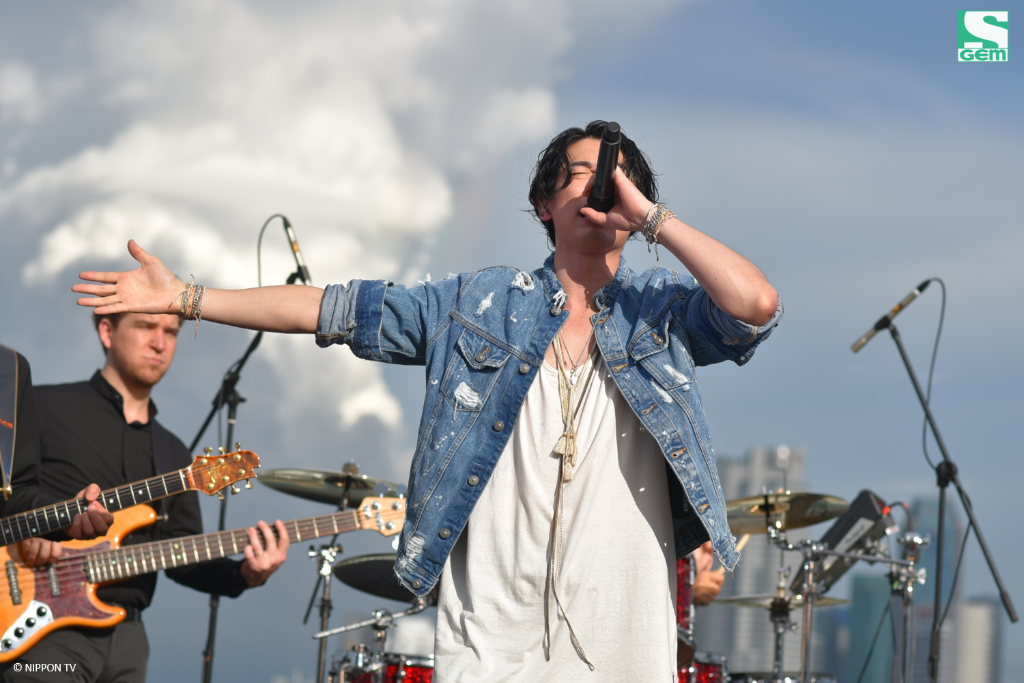 Nippon TV partnered with GEM TV, the entertainment channel from Sony Pictures Television dedicated to the latest content from North Asia, to simulcast the show across South Asia and bring the performance by popular singer and actor DEAN FUJIOKA–live from Singapore!

GEM TV provided us with a detailed account and photos from the momentous event from DEAN FUJIOKA, who was the first artist ever to perform outside of Japan for “THE MUSIC DAY“.

For the show, FUJIOKA performed his two songs “Unchained Melody” and “Permanent Vacation” with his 4-member band. Atop the roof of Hotel Jen, the performances were designed to capture the beauty of Singapore’s skyline at different times of the day; “Unchained Melody” was recorded during the day close to sunset while “Permanent Vacation” was shot at night. 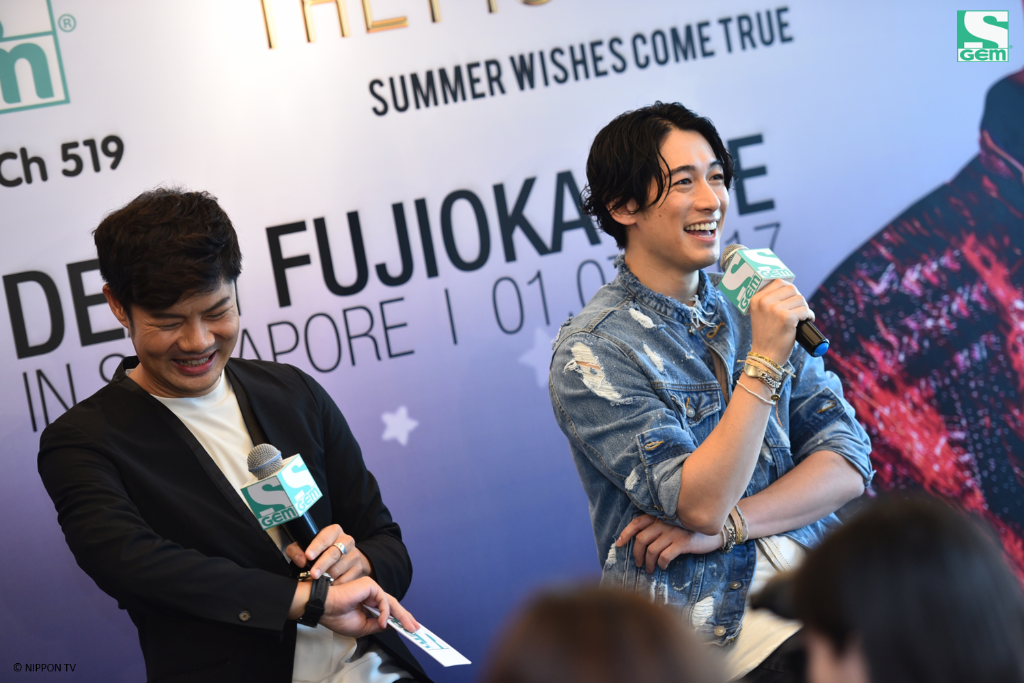 During the interview with the MC, DEAN shared that he first tried bak kut teh, a popular pork rib dish cooked in broth served in Singapore, when he visited the country in 2004 and 2005, and he has been hooked on it ever since. He went on to explain that he was humbled by the rare opportunity to be the first artist performing live for “THE MUSIC DAY” outside Japan.

FUJIOKA boasts language skill in Japanese, English, Mandarin, Cantonese, Bahasa Indonesia. As Singapore is very diverse in language, food and culture, he felt very comfortable because he wasn’t restricted by a language barrier and could communicate with ease.

Enjoying every moment of this experience, FUJIOKA hopes this occasion will open up future opportunities to return to Singapore with his own solo gig and showcase a full set of songs in Japanese, English and Mandarin.

Additionally, he took questions from fans, answering which field of entertainment he enjoys the most, his goals for the remainder of the year, if he plans to stay in Japan, his favorite Japanese dramas and films, the kind of roles he wants to try and his biggest inspiration.

As part of the occasion, GEM offered fans the chance to win tickets to DEAN FUJIOKA’s performance. Fans who were invited to watch his performances also received the opportunity to attend an exclusive meet and greet session with DEAN.

Five lucky fans won a special gift set prepared by DEAN, and one of the fans happened to be the sole male attendee. The gift set included an autographed poster, FamBam Monsters charm (DEAN’s fan club merchandise) and his latest “Permanent Vacation/Unchained Melody” album that will be released on July 5.

Check out photos from the event below.