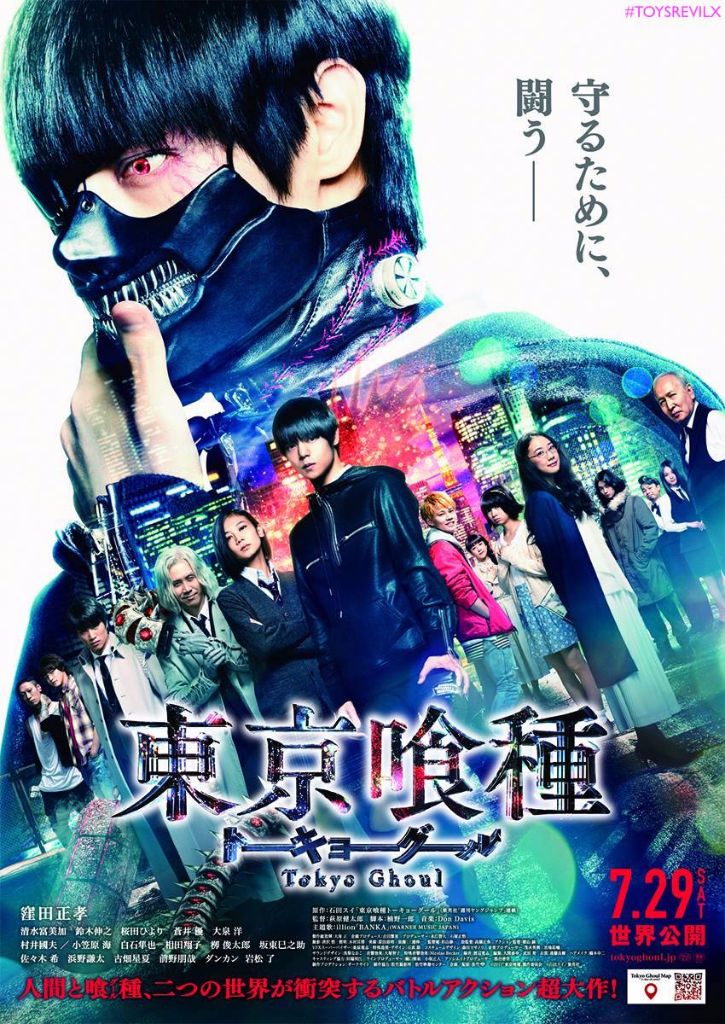 The new track “BANKA” is included on the deluxe re-release of illion’s second album “P.Y.L“, out July 26, and was created in hopes to convey the mood and feeling of the film.

The upcoming film is from director Kentaro Hagiwara, who won the Sundance/NHK International Filmmaker Award in 2013. “Tokyo Ghoul” tells the story of human-eating creatures that are spreading throughout the Japanese capital and follows Kaneki, a boy who, after an accident, is half-human, half-ghoul.

“I made this song keeping in mind the intense passion of the film’s staff and cast, but also with the intent to provide a song that will reach the audience and fit well with the themes of the film,” illion commented. “I want it to bring hope to the characters who are struggling on-screen; that they will find even the slightest ray of hope.“

“I offered Noda this opportunity because I like illion’s music and how his work isn’t bound to any specific genre. I was amazed by Noda’s genius ability to produce a song that makes you feel the beauty of ugliness and discord that Tokyo Ghoul describes,” director Hagiwara said. “When I listened to this song, my chest tightened in despair as I was confronted with the helplessness of reality.“

The film “Tokyo Ghoul” premiered worldwide at Anime Expo 2017 on the July 3, and heads to Japanese cinemas on July 29.