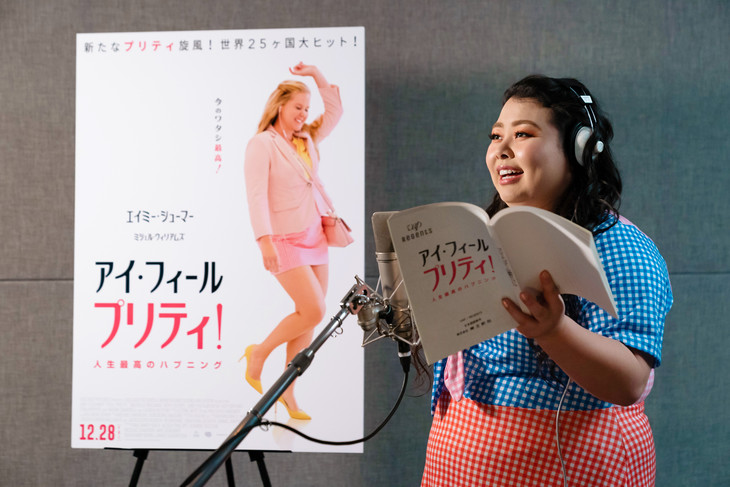 Plus size diva Naomi Wantanabe has landed lead role in the Japanese dub for the film “I Feel Pretty“.

Wantanabe will voice Renee Bennett played by fellow plus size diva Amy Schumer. Renee is an average woman who has big insecurities over her appearance. She works for a cosmetics firm called Lily LeClaire, in an offsite location from their headquarters. Renee has big dreams of working for the head office located in Fifth Avenue New York.

A receptionist position opens at Lily LeCliare head office, but Renee decides not to send in her application as the job description emphasizes that they will be the “beautiful face” of Lily LeClaire.  One day Renee decides to make a wish at a fountain to be beautiful, and of course nothing happens. The following day she’s involved in a bike accident, hitting her head and losing consciousness.

When Renee wakes up she looks exactly the same but her attitude takes a complete 180, she believes that she is absolutely beautiful.

Wantanabe was ecstatic to get the role, commenting that she feels the movie has a very positive message while still being very hilarious at the same time. Wantanabe is no stranger to the dubbing scene as she previously voiced Frida Kahlo in the Japanese dub of “Coco”.

A comment from Wantanabe and trailer for “I Feel Pretty” can be seen below.