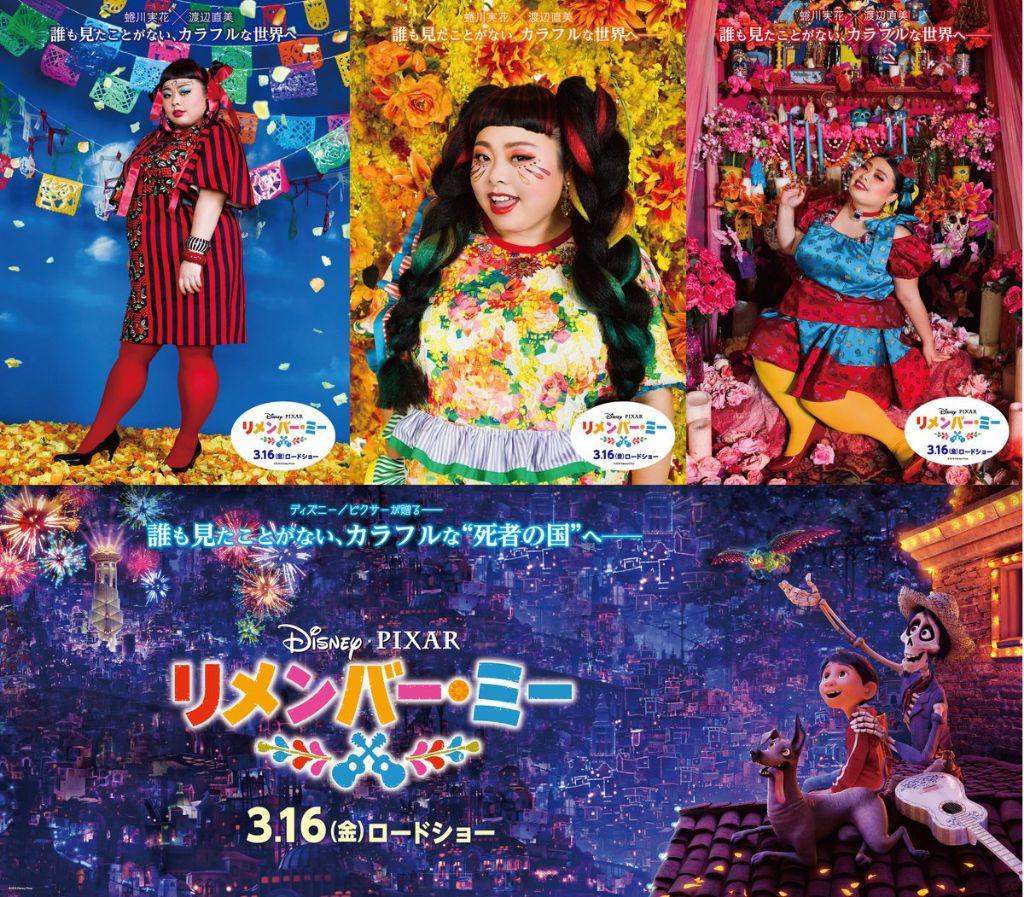 Wantanabe has been selected to voice the role of Frida Kahlo. The character is based off of the renowned Mexican artist of the same name. The film is centered around the “Day of the Dead”, an annual holiday celebrated throughout Mexico that honors the dead.

In the film the main character Miguel Rivera first runs into Kahlo while visiting the arts district in the “Land of the Dead” realm. She’s busy working on a performance and is having a tough time deciding on the overall tone for the act. Rivera gives his input which is appreciated by Kahlo, complimenting his natural talent for the arts. She encourages him to follow his dream of becoming a musician. 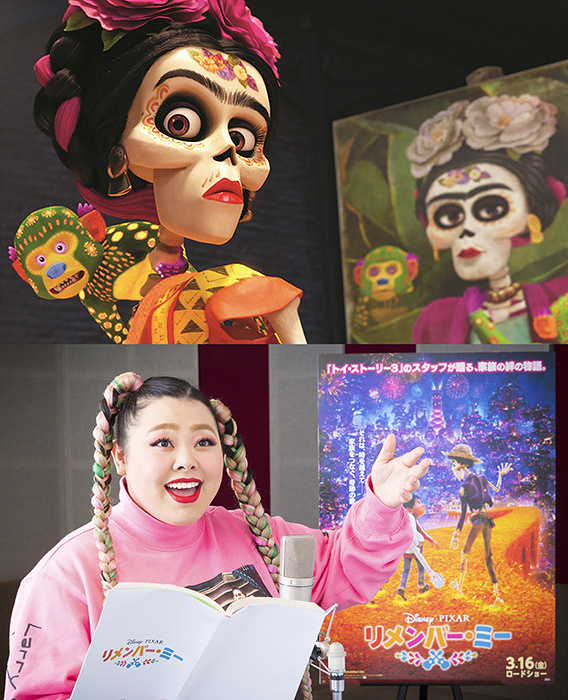 Later on in the film Kahlo helps play a key role in helping Rivera and his family take down the main antagonist of the film Ernesto de la Cruz.

To promote the film Wantanbe teamed up with famed photographer Mika Ninagawa to create promotional posters. The vibrant visuals perfectly accompany the world created by Pixar for the film, especially the Land of the Dead.

This shoot was personally very special for Ninagawa herself, since Kahlo has been a major influence and important figure in her life. Furthermore, about 70% of the set used for the photoshoot actually came from Ninagawa’s own collection. She’s a big fan of “Day of the Dead”, and has traveled to Mexico multiple times to celebrate the holiday.

When watching the film Wantanbe was wowed by the all the ornate costumes, and gorgeous scenery. She shared that she couldn’t help but take photos during some parts cause it was just too beautiful. She also drew some comparisons of the holiday to Japan’s own “Bon Festival”.

Coco will be released to Japanese theaters on March 16th, 2018.