After the first images and teaser trailer were released, the full trailer for Takashi Miike’s action fantasy yakuza vampire movie “Yakuza Apocalypse: The Great War of the Underworld” (Gokudo Daisenso) is out. Starring Ichihara Hayato and Indonesian martial arts star Yayan Ruhian (The Raid, The Raid 2), the film opens in Japan on June 20, 2015.

Check out the some gangster action, vampires and some more in the trailer below. 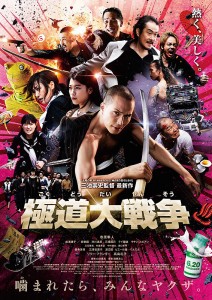