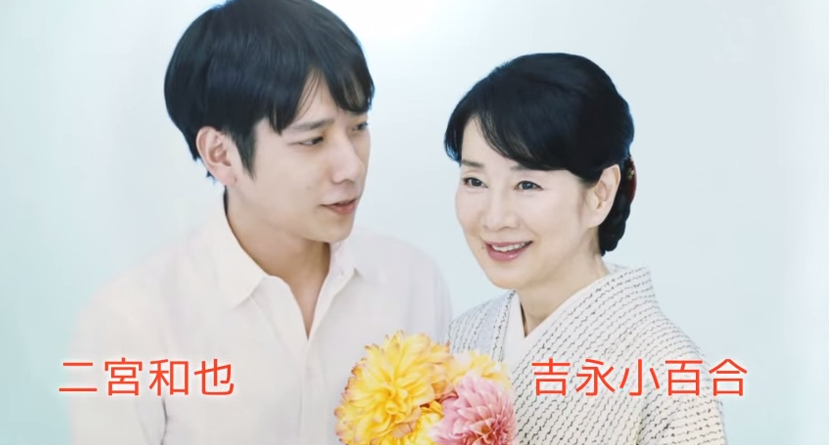 Yoshinaga Sayuri and Arashi’s Ninomiya Kazunari co-star for the first time as parent and child in Yamada Yoji’s latest directorial work “Haha to Kuraseba” (Living with My Mother). The movie will open in cinemas on December 12. As a homage to the late author, Inoue Hisashi, the director brings the author’s final wish to the screen and wrote the story for the movie, with its setting in Nagasaki.

Nobuko (Yoshinaga Sayuri) works in Nagasaki, Japan as a midwife. Her son Koji (Ninomiya Kazunari) who died three years ago when an atomic bomb fell on the city, suddenly appears infront of her. This is director Yamada’s first fantasy work.

Kuroki Haru plays Machiko, Koji’s ex girlfriend. In addition, it was announced that Asano Tadanobu and Kato Kenichi will be joining the cast.

A teaser trailer has also been released with Koji’s voiceover:

Check out more info on the movie’s official website.