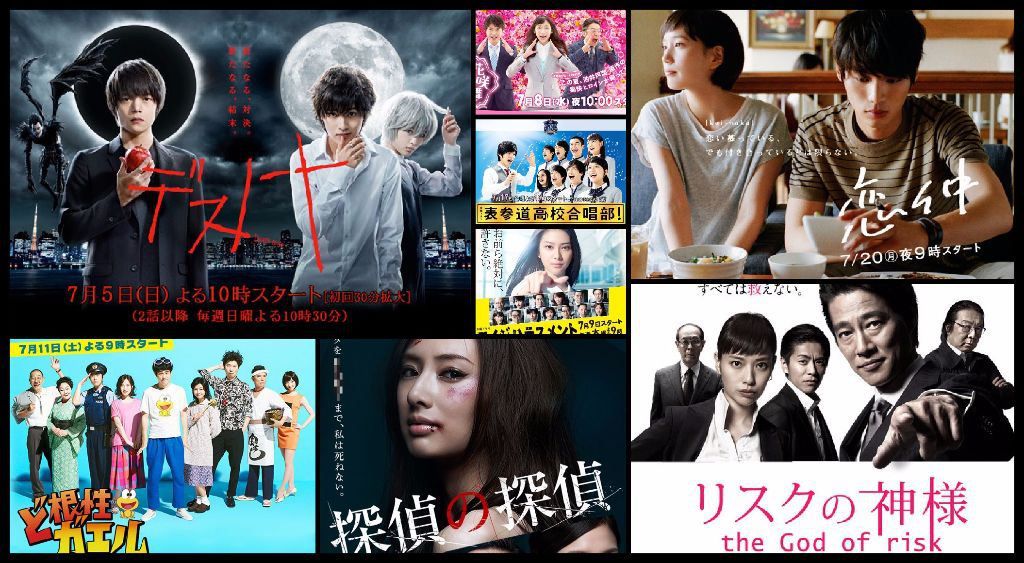 Most dramas aired their final episodes this week! (season average in red for finished dramas) Before the drama Death Note ends, Warner started a mysterious countdown set to end 30 minutes after its last episode aired. As already announced, the movie series will get a sequel in 2016.

Heat and Koinaka end in 9 episodes. FUJI TV will air drama specials Anohana: The Flower We Saw That Day and Date: What It’s Like to Be in Love during the Monday drama timeslot for 2 weeks before the confirmed airing date of its next getsu9 drama 5→9. The tv station also aired drama special Unfair SP ~ Double Meaning Rensa last September 15, 9 pm, which gained a rating of 11.3%.

Check out the rest of the charts below.