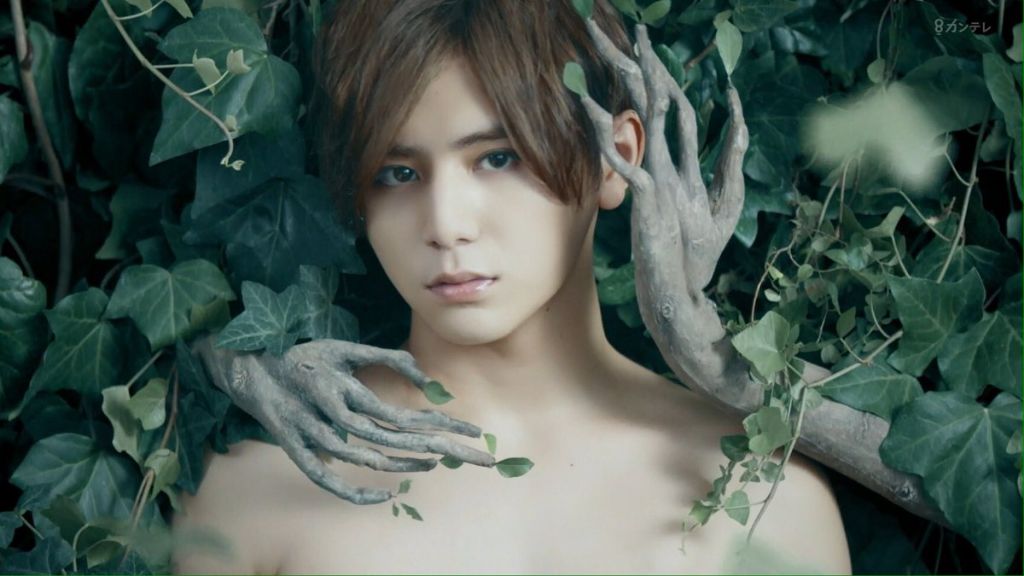 Last time, we reported that Hey! Say! JUMP’s Yamada Ryosuke is starring in Fuji TV’s next getsu9 drama titled “Cain and Abel”. The theme is the story of “Cain and Abel” from the Bible’s Old Testament and Yamada will be playing Takada Yu, a salaryman who falls in love with his brother’s girlfriend. He craves for the affection of his father who favors his older brother.

The brothers of the drama made a live appearance at Fuji TV’s morning shows to introduce the other cast. We now also have a confirmed broadcast date. Catch the new drama when it starts airing October 17! First episode will be extended by 15 minutes.

The first teasers and visuals are also out! Check out the teasers and the image of Yamada in a suit below.

In character, Kiritani and Yamada have an 8 year age difference, while they have a 13 year difference in real age. Playing as brothers, they will be both challenging this human love story. 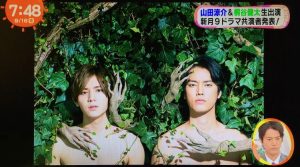 Synopsis: Takada Yu (Yamada Ryosuke) is an employee of Takada Real Estate Co, an estate development firm. His father Takayuki (Takashima Masanobu) is the company president and a perfectionist who has favoured his high-achieving elder son Ryuichi (Kiritani Kenta) and been indifferent to Yu since young. So Yu craves for his father’s love and wants his recognition somehow. Then one day, Yu encounters Yahagi Azusa (Kurashina Kana) who also works for Takada Real Estate Co. Although it was the worst possible meeting, he gradually starts to have romantic feelings for her through work and an unexpected development. But ironically enough, Azusa turns out to be Ryuichi’s girlfriend … … Yu begins to realise what he truly treasures and matures as a person as he struggles with this complicated romance
and with his older brother and father.