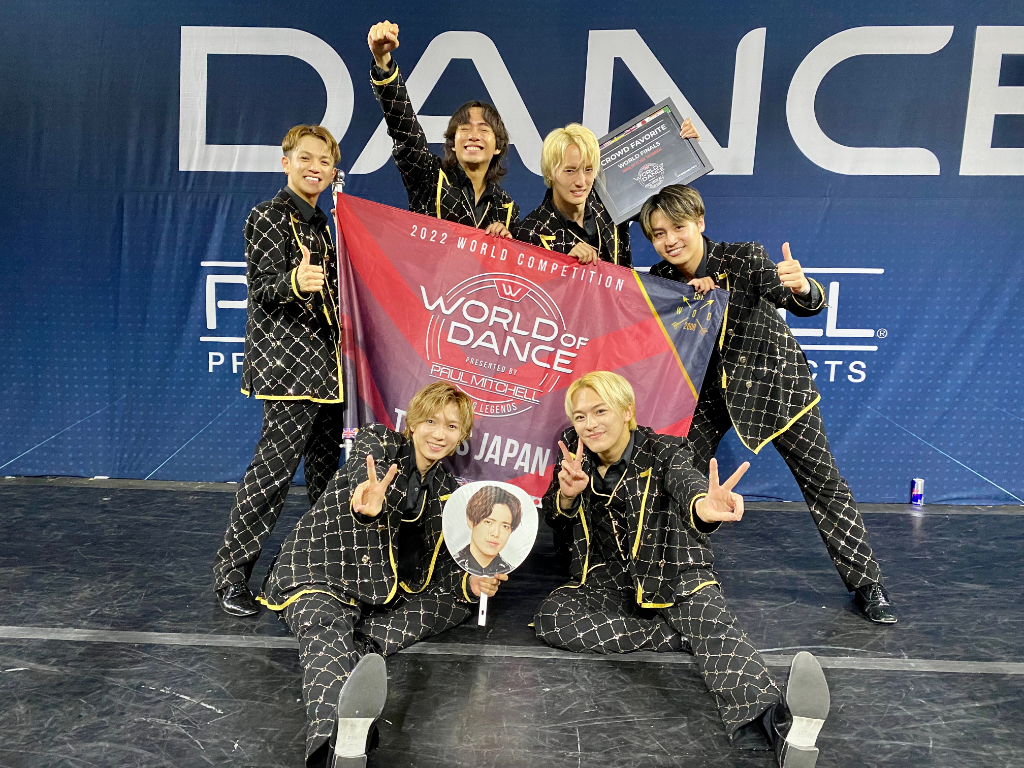 On March 27, Travis Japan competed in the “World of Dance Orange County.” This competition took place a day after they arrived In Los Angeles for their training period. In addition to winning the Best Costume and Crowd Favorite Specialty Awards, the group also placed third overall, allowing them to continue onto “World of Dance Championship Week 2022.”

“World of Dance Championship Week 2022” took place July 29 – 31. On the first day, Travis Japan, in the USA Team Division, won the Best Costume Specialty Award, and placed fourth overall, allowing them to continue in the competition. The second day, in the Team Division, they won the Crowd Favorite Specialty Award, and placed ninth overall, allowing them to continue to the next round. The final day, the group won the Ultimate Crowd Favorite Specialty Award in the World Finals.

Kaito Miyachika, the leader of Travis Japan, spoke about his group’s experience in this competition. Find out what he had to say below, along with the video of Travis Japan’s “World of Dance Orange County” below!

“Getting to participate in the World of Dance Championships was a brand-new and exciting challenge; not just for the 7 of us in Travis Japan, but also for the whole Johnny & Associates family. Not knowing what would happen each day of the competition or what such esteemed judges might think of our efforts made us really nervous at times, but it was always abated by the roar of the crowds and the thrill of being back on stage.”

“The experience we’ve had here will forever be our treasured memory and a weapon we hone through the course of our ongoing ‘Hollywood TJ’ adventure in the United States. Thank you so much to everyone who supported us through these past three days, and who continue to cheer us on this journey to our dreams!”

In related news, it has been confirmed that Travis Japan will appear on the next round of “America’s Got Talent” on September 6!