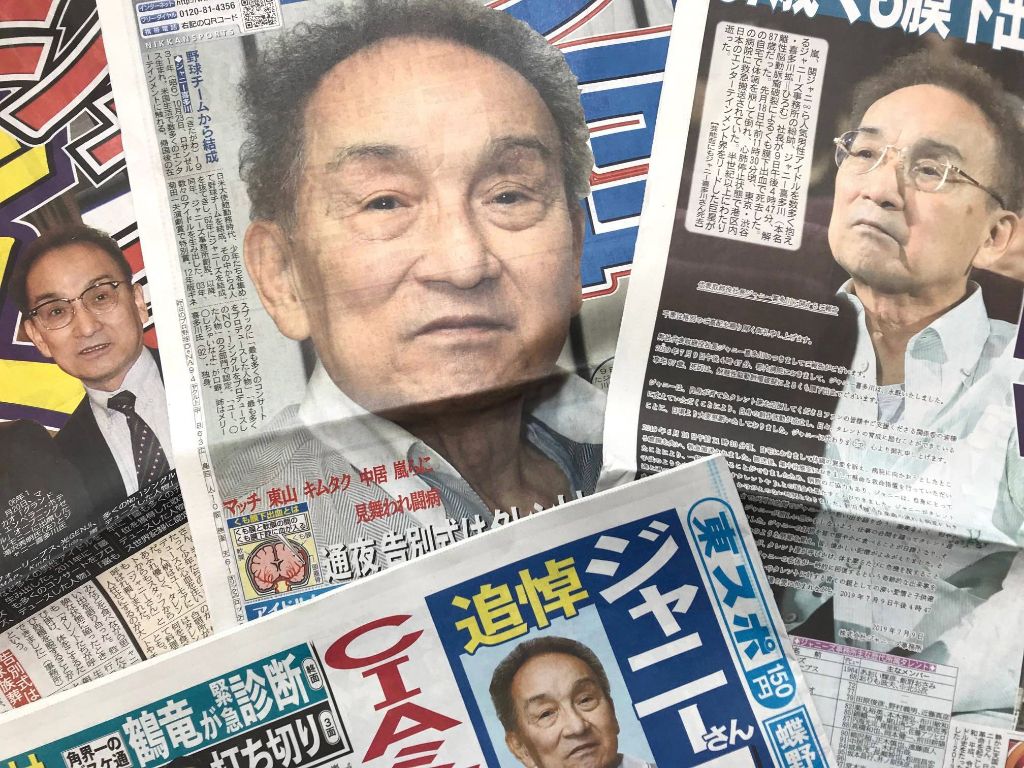 Boy band impresario Johnny Kitagawa died yesterday at the age of 87. There has been an outpouring of grief over his death in the Japanese media, ranging from tearful morning show tributes to love songs.

On a TV program, Shonentai member Noriyuki Higashiyama said of Johnny’s death, “He’s like a father to us. He was the #1 person in the entertainment world. We will inherit his spirit and act brightly and happily.”

Former SMAP member Takuya Kimura took to Weibo to express his grief. “Johnny-san, you have always guided us until now. I hope you can rest well,” he wrote.

Hirohide Yakumaru, former member of Shibugakitai, wrote on his blog that he cried all night upon hearing the news and remarked that Johnny was “always gentle and caring.”

Some who were never even part of Johnny & Associates offered their feelings on Johnny’s demise. Ken Watanabe expressed regret that he was never able to work with Johnny. “Kitagawa was one of the first people who imported the cutting-edge atmosphere from overseas to the Japanese entertainment industry,” he said in an interview. “He took revolutionary and forward-looking approaches to producing musicals, stages and entertainment.”