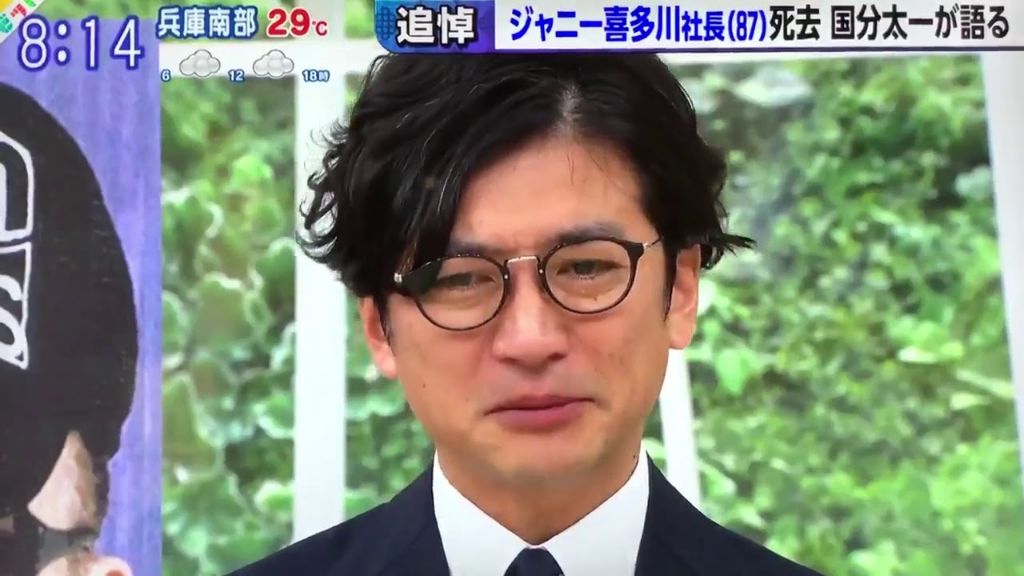 Earlier in the day news broke that the founder of Johnny & Associates, Johnny Kitagawa, had died due to a ruptured cerebral aneurysm. Due to the extremely private nature of Johnny’s talents, none of them were able to share reactions or statements via social media or their own other method.

The first reaction finally came the following morning from TOKIO member Taichi Kokobun, who is a host on the popular TBS news show “Vivito“. When the topic of Johnny’s passing came up Taichi wasn’t able to contain himself, as he dramatically began to shed tears. Taichi heard of his passing via a phone call.

The two first met when Taichi was only 13 years old, and had his start in the typical manner for Johnny’s talents. Beginning as a backup dancer for Hikaru Genji, he eventually became a member of TOKIO in 1990 playing the keyboards. 4 years later they had their official debut with the single “Love You Only”

Taichi thanked Johnny for the opportunity for giving him a career, and is still unable to process everything. Check out clips of reaction below: