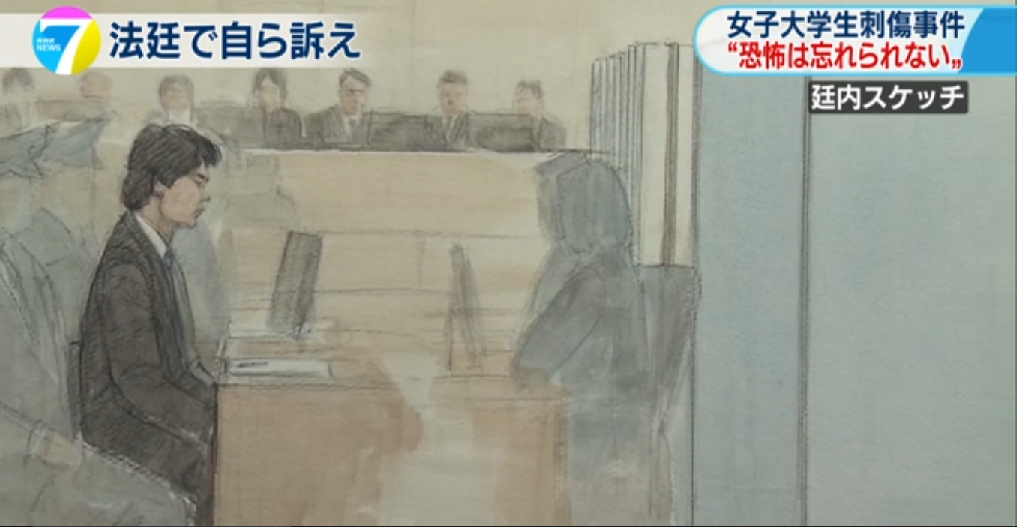 “I want my former body with no injuries back!”

Pop idol singer Tomita Mayu begged during an emotional plea at Tokyo’s Tachikawa Courthouse. The 21-year-old idol singer appeared behind a heavy veil that separated her from her attacker, Iwazaki Tomohiro, inside the courtroom.

It was reported that Iwazaki recently pleaded guilty in his attempt to kill Tomita by stabbing her over 34 times at a small concert venue at Kogenai City on May 21. However, the trial is still in continuation as the judges will make their final judgment and sentencing recommendations on February 28.

“I clearly remembered the incident. I can never forget this kind of tragedy,” the 21-year-old spoke as she started off her statement.

It has been revealed that the singer has a hard time with talking and eating, faces vision problems, and show signs of PTSD since the attack. During her statement for sentencing, Tomita stated the most important things in her life have been taken away such as acting, singing, and studying at college. She also expressed that she became uneasy with people visiting her while she was hospitalized as she felt like anyone would come and try to kill her.

“I want my everyday life back,” Tomita begged while weeping, “I want my former body with no injuries back!”.

She also spoke about her thoughts on the attacker. “While I am just stating my opinion and laughing inside my heart, my reflections are not the same. I think that my attacker hates me. He will try to come and kill me this time. I can’t sleep at night properly as he regularly appears in my dreams, trying to kill me. I generally believe that he is the type of person who will kill anyone.”

Right after Tomita spoke, the suspect suddenly shouted “Well, kill me then” and “There is no way I would kill you”. Citing that Iwazaki was severely incompetent by the judges, he was removed immediately from the courtroom.

Tomita ended her twenty-minute long statement with a message to the judges. “Please deliver a harsh judgment to my attacker as I don’t want a similar attack to happen again. I don’t want another person to suffer. I can never forgive him for what he did to me as deep scars remain on my body as well as in my heart.”

Iwazaki may serve 17 or more years in prison depending on the judges’ rulings.