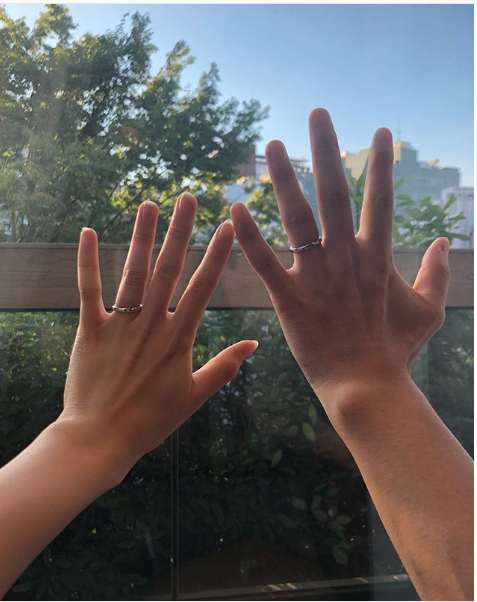 Katsuji took to his official Instagram account to comment on the news, and thank fans for the warm reception and support he has received along with his future wife.

Katsuji stated that he entered the wedding registration with Maeda very recently, and is looking forward to building a bright and happy home with her. He asked that you watch over them warmly as they enter this new chapter in their life.

The caption was accompanied by a photo of their wedding rings, quite simple but very elegant looking.

Katsuji and Maeda became friendly back in 2015, but apparently only started to date earlier this year. On the set of Maeda’s upcoming film “Tabi no Owari, Sekai no Hajimari” she apparently couldn’t stop talking about Katsuji, saying she missed him everyday.

Both actors will be appearing in the film “Eating Women” due out September 21st. The star-studded cast also includes Erika Sawajiri, Kyoko Koizumi, Yu Yamada, and Alice Hirose.