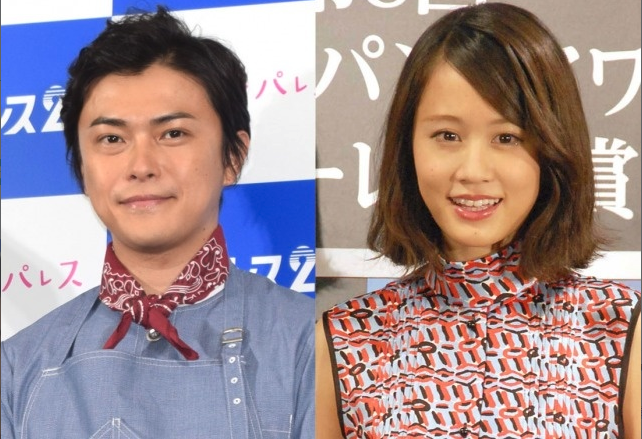 This week has started with a bang when it comes to 48Group related news: NMB48’s leader and Team N captain Sayaka Yamamoto announced her graduation on Monday, and on Tuesday the former AKB48 center and ace Atsuko Maeda announced marriage to actor Ryo Katsuji.

Reportedly Katsuji (31) and Maeda (27) registered their marriage on July 30th before making it public on the following day through their respective agencies. In the jointly signed press release the couple hopes to “build a bright home where smiling never stops”, and to continue working hard while supporting each other. The statement ends with a request: “The couple will be happy if [fans] give them their warm support from here on too”.

Maeda and Katsuji got to know each other in 2015 but only started dating recently. They starred in a film called ‘Taberu Onna’ together last year, after which rumors of them dating began surfacing.

Acchan!!!!! Congrats!!!!! Acchan who worked so, so, so hard since she was little. Become happier than anyone else, ok?

Maeda’s rival during her AKB48 days, Yuko Oshima, commented on the marriage news on Maeda’s Instagram:

Cherish the loving thoughts in your big hearts and become happy together, will you.

Sayaka Yamamoto gathered a warm, supportive response from Twitter as well after she announced her graduation during ‘NMB48 LIVE TOUR 2018 in Summer’ tour’s opening concert.

Graduations are very, very lonely, honestly. Lonely. But, given that Sayaka-chan always led and carried NMB48 and 48Group on her back, now that when she only has herself to think about, it’s like I’m a little relieved. I feel like that as well. Sayanee, thanks for everything!!

Everyone faces graduation. At the time of announcing it, well, until that point in life, there’s no such strange mood. I wonder if she was nervous. Since she’s a hard-working person, I think the time after her graduation will turn up wonderful too. I’m looking forward to it.

Edited Aug 2: Changed the month of the marriage date from August to July.