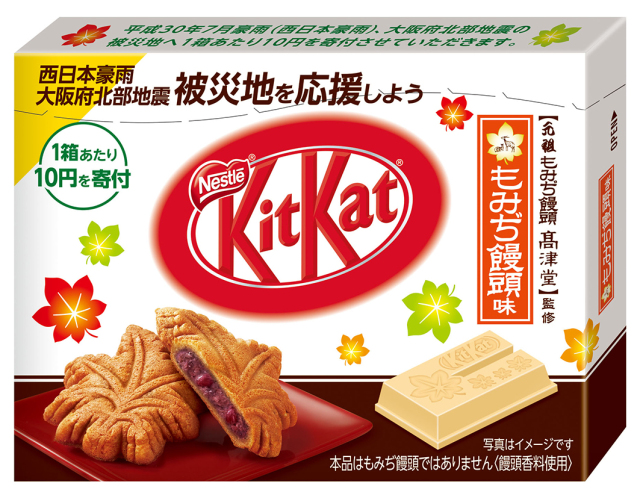 Japan has become renowned worldwide for it’s unique and exclusive Kit Kat flavors. The beloved chocolate will be putting it’s popularity to good use by releasing another Japanese exclusive flavor nationwide, and the proceeds will help raise funds for Osaka and West Japan.

This summer Japan has been hit with devastating weather related incidents. In June, Osaka was victim to the prefecture’s strongest recorded earthquake, and the following month many areas of Western Japan were devastated by powerful storms and flooding.

Nestle Japan revealed that the flavor “Momiji Manju” will be sold all across Japan for the very first time. The flavor might be “new” to the rest of Japan, but not to natives of Hiroshima. Originally you could only purchase the flavor in the Hiroshima area. 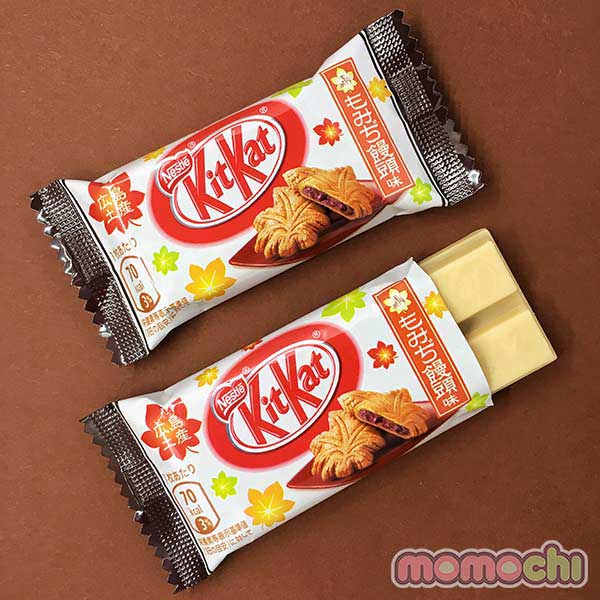 The inside wafers are  filled with powdered sweet anko beans, finished off with a white chocolate cover. The flavor is meant to recreate “Momijimanju“, a maple leaf shaped cake famous in Hiroshima cuisine.

Each box will contain three individually wrapped Kit Kats, and will go on sale starting October 9th. For those outside of Japan keep an eye out for them at your local Asian/import supermarket.