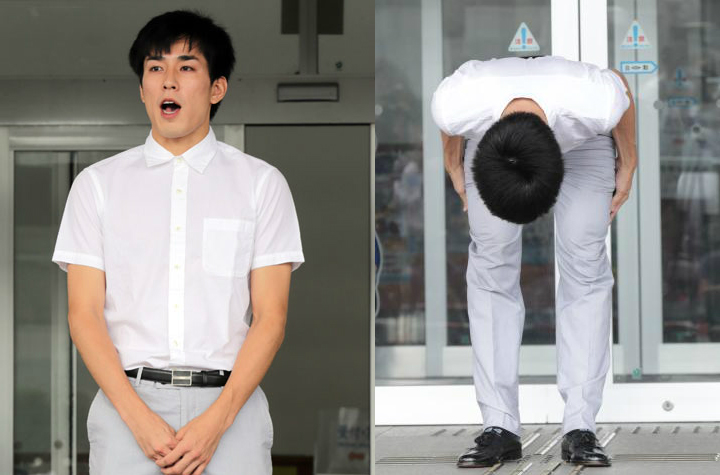 The Maebashi District Public Prosecutors Office in Gunma Prefecture said it has dismissed a case against Yuta Takahata (22) who was arrested after being accused of raping an employee of a hotel where he was staying in Maebashi on August 23, a crime of which he later admitted to.

Takahata reportedly settled the case with the victim, which led prosecutors to drop the case against this up-and-coming actor in a high-profile case that led to his mother, veteran actress Atsuko Takahata (61), to tearfully apologize to the public.

According to Sponichi, Takahata had already been staying at the hotel for two days for a film shoot when this occurred. He reportedly went out drinking with staff, though is not thought to have been intoxicated at the time this incident took place.

After being taken into custody, police said Takahata told investigators that he “could not contain [his] sexual desires” after the female employee in her 40s had delivered a toothbrush to the room in which he was staying around 2AM.

When released from police custody on Friday, the actor who came into the public eye after appearing in NHK’s drama series “Mare” last year, bowed deeply and told the media, “I am very sorry,” before being whisked away by staff.