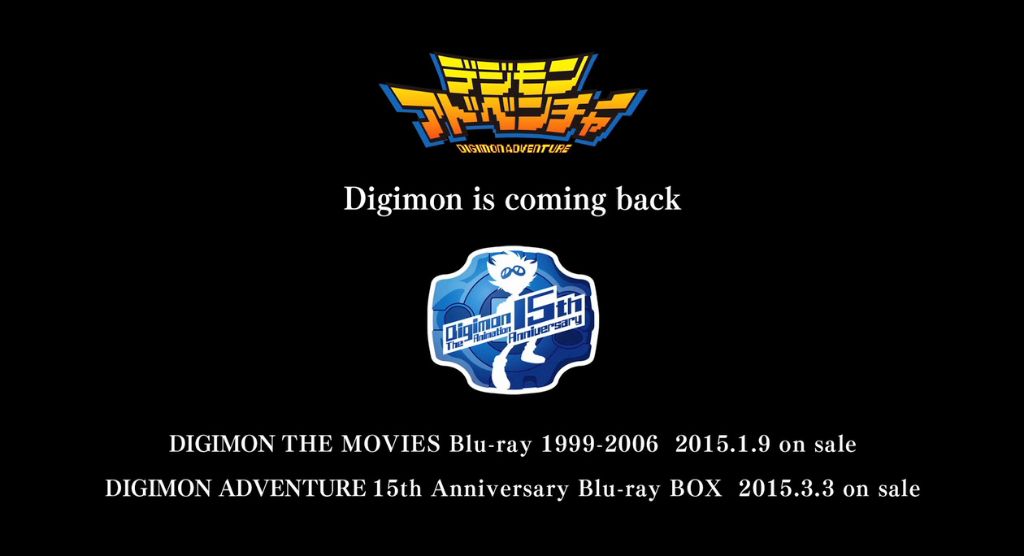 A continuation of the ‘Digimon Adventure’ series for the franchise’s 15th anniversary was announced for this Spring.

This sequel for ‘Digimon Adventure 02‘ is a “new story” and will feature all the characters of the first two seasons of Digimon. It will still star Tai, who is now 17 years old and in highschool.

Along with this announcement is news that they will release Blu-ray sets of the original series and films. The Digmon Adventure 15th anniversary blu-ray boxset will go on sale March 3rd, 2015. The movie boxset is a compilation of all the films from 1996 to 2006 and will be available January 9th, 2015.

After 15 years,
from the summer vacation
If we didn’t go to the digital world
If I didn’t take this trip with others
If we didn’t change at all like this
These Digimon were always with us
We’ve been friends all the time
We learnt the importance of helping each other
All the things have made us what we are!

New stories
For all “DigiDestiner” in the world
Taichi, seventeen, High School Days
2015 Spring
Digimon Adventure
Digimon is coming back

Check out the official website for the new series at digimon-adventure.net.