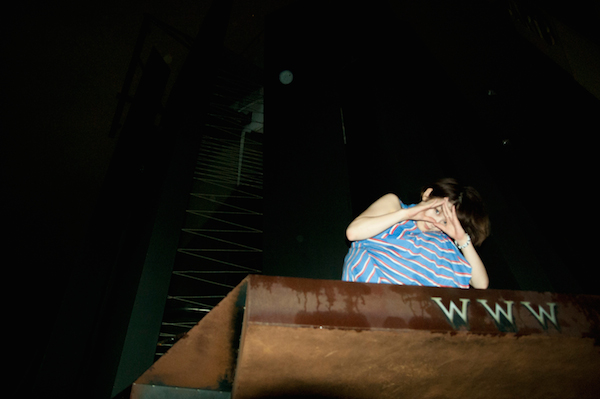 The video takes place in the spa town of Yamashiro in Ishikawa Prefecture.

Both songs can be heard in full on OTOTOY until September 3.

Also on September 3, the group will be having a live performance. You can see the preparations for this live event on a UStream the group is doing on August 22 at 10PM JST. Singer AZUMI HITOMI will be making a guest appearance.

In other Suiyoubi no Campanella news, they recently released a line of t-shirts, which Koumai is modelling below: