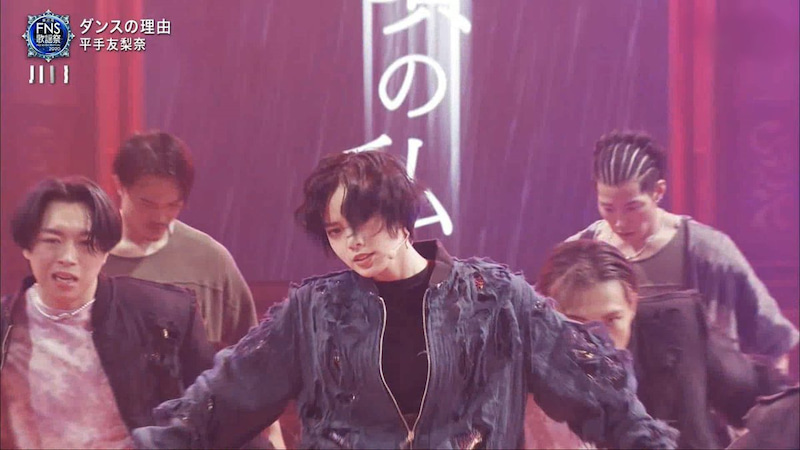 Former Keyakizaka46 ace Yurina Hirate made a surprise appearance at the annual FNS Kayosai music festival, where she debuted her very first original song titled “Reason for Dance“. The song was written and composed by 46/48 mastermind Yasushi Akimoto, and Hirate herself served as a co-producer for the song.

Prior to the show airing Hirate was announced to be appearing, but it wasn’t revealed what she would be doing on the show. She received widespread acclaim on many social media sites, and even became a top trend on Japanese twitter.

It has yet to be revealed if “Reason for Dance” will have an official release date, or if Hirate will officially embark on a solo career. Hirate made her debut in August, 2015 as a 1st generation member of Keyakizaka46, she served as center for every single she participated in. On January 23rd Hirate resigned from the group.