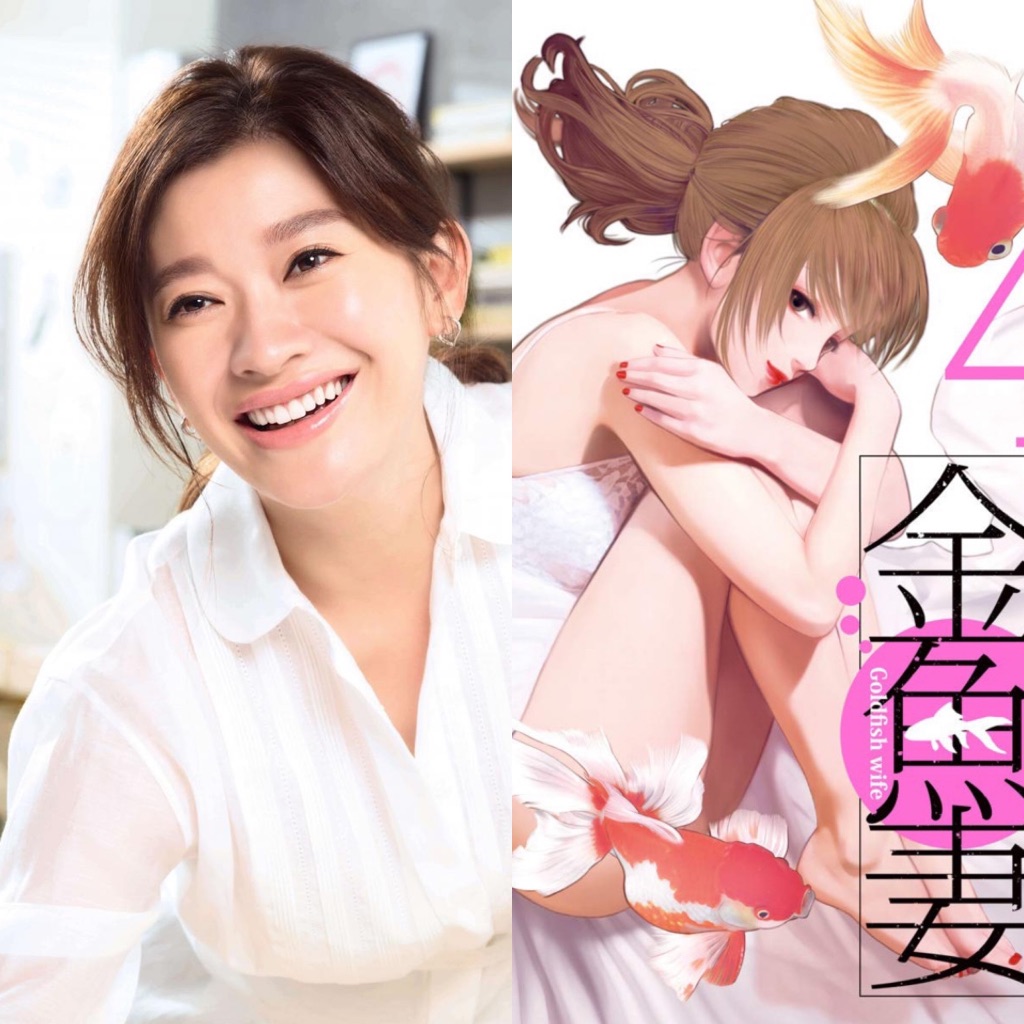 Veteran actress Ryoko Shinohara has been cast in a brand new Netflix drama series titled “Goldfish Wife” (Kingyo Tsuma). The drama series is based off the manga of the same name, created by R Kurosawa. The series will tackle the issue of domestic violence and affairs.

Shinohara will play the role of Sakura Hiraga. She is beautiful, wealthy, and is envied by many for supposedly having a “perfect life”, but there are dark secrets hidden behind her glamorous lifestyle. Hiraga always had her own set of dreams and goals, but she was unable to follow them due to a tragic accident.

Now a housewife, Hiraga’s husband runs an extremely successful hair salon. Loved by many of his devoted customers and staff, he turns into a completely different person when at home. Hiraga is constantly verbally and physically abused by him, not knowing how to escape her situation she considers herself “trapped” just like a goldish inside of a bowl.

By chance she meets a man due to a goldish, and begins to have an affair with him. Shinohara commented that she has never played a role like this before, and is looking forward to the challenge. Shinohara read the manga, and was fascinated by the feelings and challenges of the main character. She also wants fans to look forward to the very “naughty” love scenes!

Goldish Wife will be distributed worldwide on Netflix in 2021.