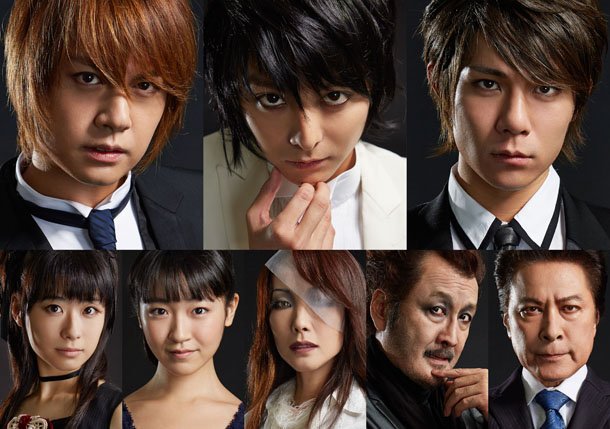 Videos from the Death Note Musical press conference have been unveiled, showcasing some songs from the upcoming stage show. As we previously reported “L” will be portrayed by Koike Teppei, Kenji Urai and Hayato Kakizawa will both be portraying “Light Yagami”. Other cast members include Ami Maeshima (SUPER☆Girls as Sayu Yagami, and Fuku Yuzuki as “Misa Amane”

The play begins it’s run next year in April at Tokyo’s Nissay Theatre, and finishes in May. It will also have a run in South Korea starting in July but with a completely different cast.