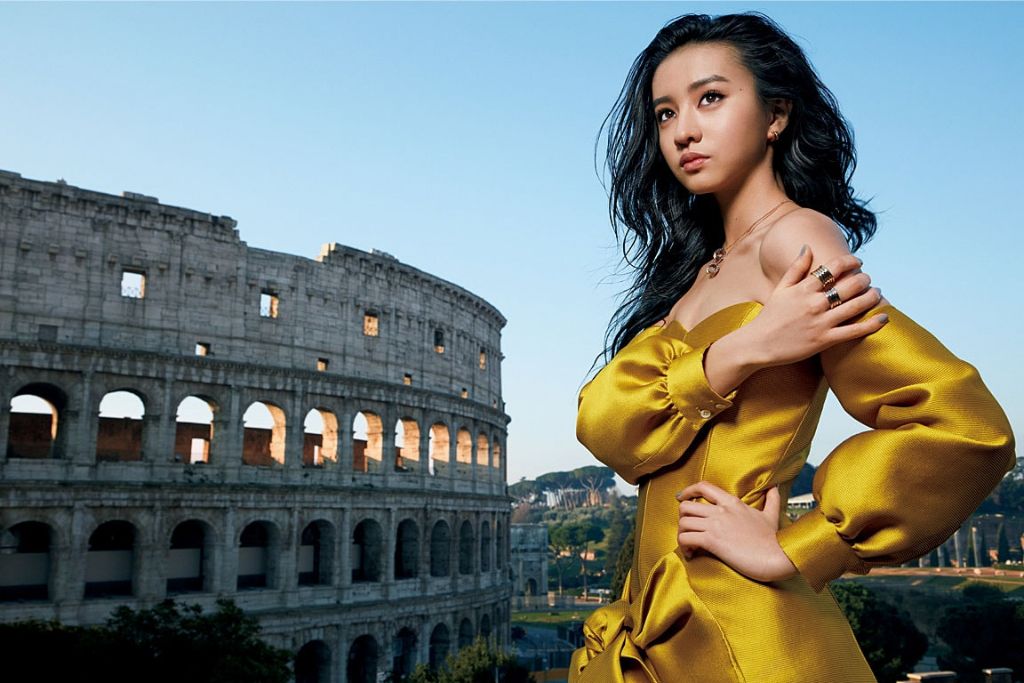 Model Koki has continued to cement her status in the industry, this time she’s been profiled by the prestigious Vogue Japan. The iconic magazine flew Koki out to Rome, Italy just for the photoshoot!

Rome is the home of Bulgari,the high-end jewerly brand whom Koki is an official ambassador for. Filming was helped arranged by Bulgari HQ, and of course she was draped in their luxurious jewelry for the photoshoot.

The topic of singing came up, which has fans and critics very curious considering both of Koki’s parents, Shizuka Kudo & Takuya Kikmura, both had considerable success in the music industry. Koki has sang before, but was extremely nervous when doing so.

She shared that she’s currently listening to jazz music, Ella Fitzgerald is one of her favorites as she tends to prefer women’s voices over a mans.

She’s constantly surrounded by music at home. Someone is usually playing, or singing something they like. The house is usually filled with the sound of the piano, flute, and guitars. Koki herself has played the flute since she was a child, and has also played around with composing on the piano. She thanks her “unwavering concentration” to her mother.

Would you be HERE for Koki’s musical debut?

Being a model came naturally for Koki, she joked that she had been posing for photoshoots since she was in her mother’s belly. In terms of appearance, she shared that her favorite thing about herself is the mole inherited from her parents. She has one on each side!

When asked what she liked best about her family, Koki stated that Shizuka has always been very positive with a strong core. Takuya is very playful, at times almost being like an older brother. She always cherishes the time they spend together.

As for her older sister Kokomi, Koki considers her an extremely close friend. She’s very supportive of her younger sister, with Koki describing her as a presence that protects her. No sisterly drama here, “I love my sister I can’t help it!!“

While her older sister chooses to stay out of the spotlight and is almost rarely mentioned, Shizuka decided to share a special message on her Instagram account in honor of Kokomi’s birthday.