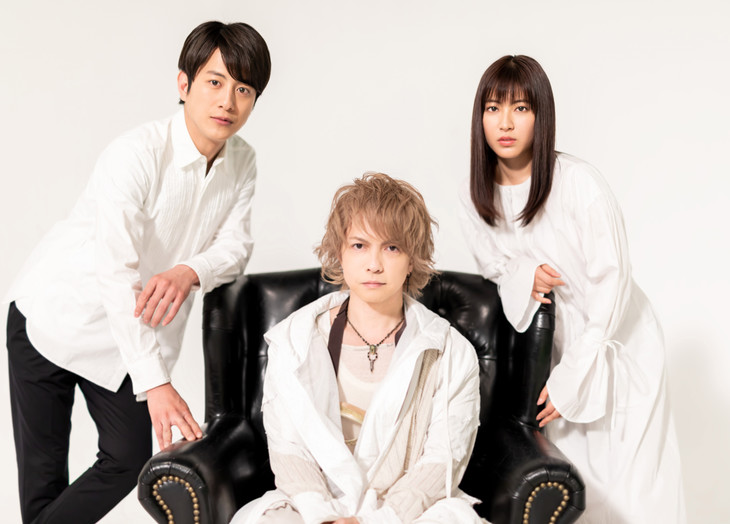 Rock legend HYDE is starting off the Reiwa era with a bang thanks to the release of his brand new solo song.

His upcoming track “ANOTHER MOMENT” has been selected to be the main theme song for the upcoming Fuji TV drama series “Kamen Dosokai“. The drama will begin airing nationwide all across Japan beginning on June 1st, 2018.

In a promo image released for “ANOTHER MOMENT” HYDE is seen sitting with the shows main leads Junpei Mizobata and Miori Takimoto.

Junpei plays the role of Yosuke Shintani, a man who decided to leave his hometown the moment he graduated high school. Yosuke wanted to leave due to lingering traumatic memories of his older brother who died in an accident, and a teacher who was awful to students.

Yosuke is forced to return back to his hometown due to a transfer at his workplace. After attending a school reunion he reunites with 3 of his high school friends, they decide to kidnap the mean teacher and beat him up as a lesson. While it was all done as a prank, the teacher is found dead the next day! Miori will play the role of Misato, one of Yosuke’s high school classmates.

“Another Moment” is available digitally on May 3rd, 2018. It will be included on his upcoming studio album “Anti” due out June 19th, 2019. The album can be pre-ordered worldwide on all your favorite streaming/digital services, with some full tracks already available for listening.