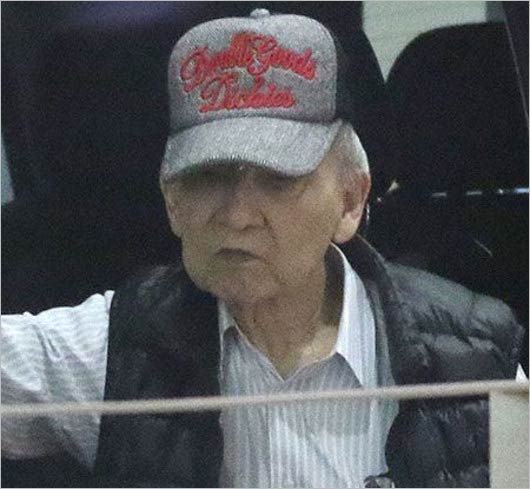 Earlier in the month news broke that Johnny Kitagawa, the founder of Johnny & Associates, was rushed to the hospital. Days passed and no official statement had been released from his office. Media gathered at the hospital Johnny was taken to, but he was then transferred to another medical facility without acknowledging the media, which lead to a lot of speculation.

With the rumor mill going wild perhaps the most popular one was that he had actually passed away. Prominent television shows and newspapers also did not report on the topic in general, clearly forbidden by Johnny’s office.

Other prominent rumors were that Johnny had a stroke, and that veteran Johnny’s members such as KinKi Kids member Tsuyoshi Domoto, TOKIO’s Tomoya Nagase, and Masahiro Nakai were planning to leave the agency.

Johnny’s office finally broke their silence and revealed that Johnny is in-fact still alive. The reason for his hospitalization was due to a cerebral aneurysm, otherwise known as a brain hemorrhage. Treatment depends on a variety of factors including age, past health concerns, and the extent of the hemorrhage itself. Specific details of Johnny’s recuperation process were not revealed.

Talent from Johnny’s have kept quiet regarding the matter, but over the weekend Arashi were asked about his hospitalization. Speaking on behalf of the whole group, Jun Matsumoto simply answered that they hoped for their boss to have a quick recovery.

(via geitopi and nikkan sports)