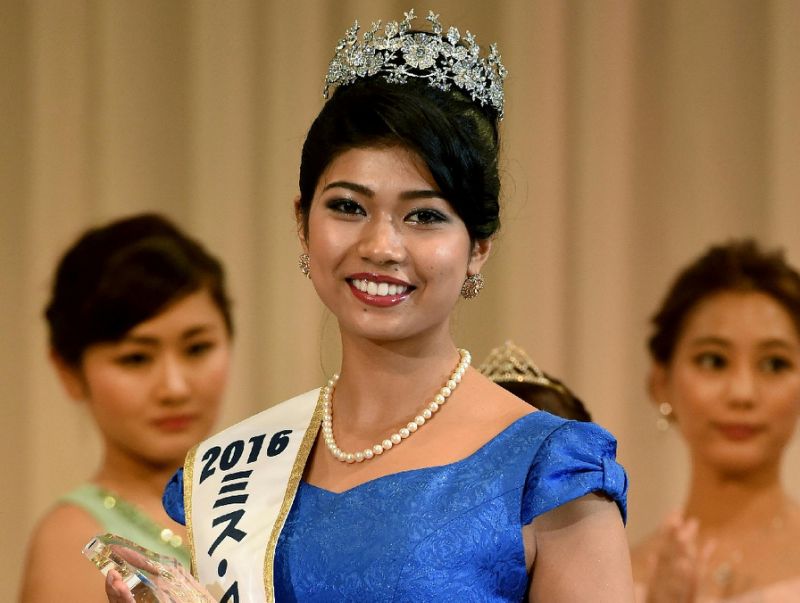 A social media frenzy entailed after Miyamoto’s trail-blazing triumph as critics complained that Miss Universe Japan should represent a “pure” Japanese rather than a someone of mixed race.

“Before Ariana, mixed girls couldn’t represent Japan,” Yoshikawa told AFP in an interview. “I didn’t doubt it or challenge it until this day. Ariana encouraged me a lot by showing me and showing all mixed girls the way.“

Yoshikawa, born in Tokyo to an Indian father and a Japanese mother, vows to continue the fight against racial prejudice in Japan, where only two percent of those born annually are of mixed race.

“We have problems, we’ve been struggling and it hurts. When I came back to Japan, everyone thought I was a germ,” Yoshikawa confesses. “Like if they touched me they would be touching something bad. But I’m thankful because that made me really strong.”

Yoshikawa, who speaks fluent Japanese and English, will compete for the Miss World crown in Washington this December.