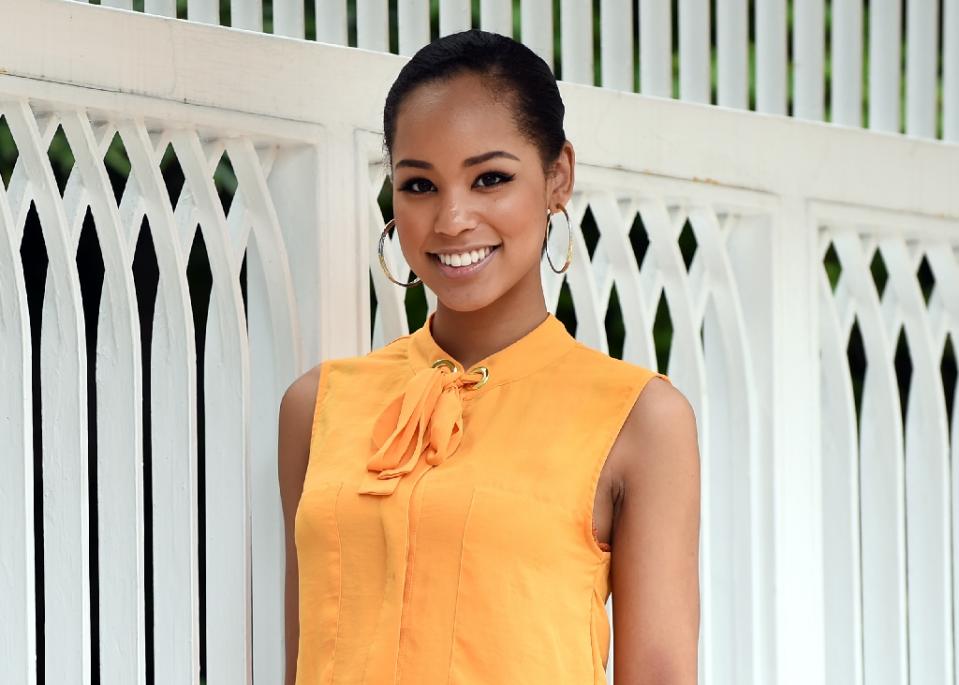 In a recent interview, Ariana Miyamoto, Japan’s representative for Miss Universe Japan, talks about her reason for joing the pageant. As well as the goals she wants to accomplish within this role. She also talks about how people view her and how she has come to terms with the discrimination she has felt as a child. Read below to find out more about Japan’s representative for Miss Universe.

Tokyo (AFP) – Ariana Miyamoto entered the Miss Universe Japan beauty contest after a mixed-race friend committed suicide. And she endured abuse after winning the crown because of her skin colour.

Far from being put off by the backlash, Miyamoto resolved to use her new-found fame to help fight racial prejudice — in much the same way British supermodel Naomi Campbell broke down cultural barriers in the fashion industry a generation ago.

“I’m stubborn,” said Miyamoto, the daughter of a Japanese mother and black American father, who turned 21 on Tuesday.

“I was prepared for the criticism. I’d be lying to say it didn’t hurt at all. I’m Japanese — I stand up and bow when I answer the phone. But that criticism did give me extra motivation,” she told AFP in an interview.

“I didn’t feel any added pressure because the reason I took part in the pageant was my friend’s death. My goal was to raise awareness of racial discrimination,” added Miyamoto, who was bullied as a schoolgirl growing up in the port town of Sasebo, near Nagasaki.

“Now I have a great platform to deliver that message as the first black Miss Universe Japan. It’s always hard to be the first, so in that respect what Naomi Campbell did was really amazing.

Social media lit up after Miyamoto’s victory in March, many critics complaining the title should have gone to what they called a “pure” Japanese, rather than a “haafu” (the Japanese pronunciation of “half”, a word used to describe mixed race).

Miyamoto, who turns heads in Japan with her caramel skin and height of 1.73 m (5 ft 8 ins), admitted she has had to toughen up.

“I used to get bullied as a kid but I’ve got mentally stronger, to protect myself,” said the model, whose first language is Japanese, screwing up her nose in mock horror when handed an English menu by a waitress.

“When I was small I stood out and always felt I had to fit in with everyone. I’d try not to bring attention to myself, but now I say what I feel. I do things my own way.

“I want to start a revolution,” Miyamoto added with a laugh. “I can’t change things overnight but in 100-200 years there will be very few pure Japanese left, so we have to start changing the way we think.”

‘Shock of the new’

The hostility Miyamoto faced sits at odds with a government-sponsored drive to promote the country overseas as “Cool Japan” and entice foreign tourists for the 2020 Tokyo Olympics.

Some point to the success of mixed-race celebrities such as Rola — a model of Bengali, Japanese and Russian descent — and half-British singer and actress Becky as proof of Japan’s openness to change.

“It’s just the shock of the new. But she certainly has the chance to be a pioneer, and it’s an excellent opportunity for Japan to become more globally aware.”

Miyamoto argues that any shift still favours Caucasian or Eurasian lineage in an overwhelmingly homogenous country, where multi-racial children make up just two percent of those born annually.

In Japan there are hardly any black models or TV personalities,” she said. “Most celebrities are like Rola or Becky. Hopefully I can help create a Japan where anyone can make things happen.”

Should Miyamoto win the Miss Universe finals later this year, she would spend a year living in splendour at New York’s Trump Towers — and her influence over issues close to her heart, which also include gender identity disorder, would be greatly enhanced.

But despite her noble intentions, Miyamoto has no plans to run for political office just yet.

“I’d like to use my position to become a leader,” she smiled. “I’m like a sponge — always absorbing new things. But I haven’t thought too deeply about politics yet. It’s still a bit early to think about becoming Prime Minister!”

Do you think if Ariana wins Miss Universe that people in Japan will come around to her? What are your thoughts on what she has said in this article?