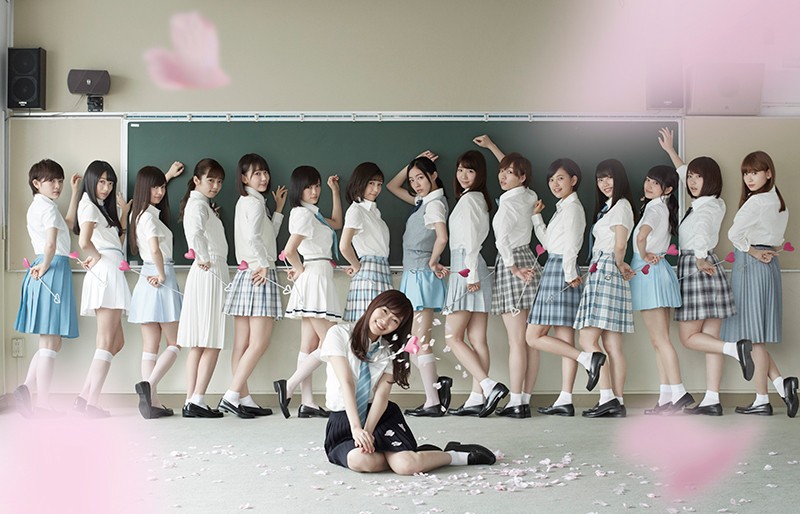 Only back in February of 2015, we reported that idol supergroup AKB48 had sold over 30 million singles with the release of their 25th consecutive chart topping single “Kibouteki Refrain”.

This huge feat had Oricon recognizing AKB48 as the first female artist in Japan to sell over 30 million singles.

That AKB48 reign just won’t let up: AKB48 has now reportedly sold over 40 million records with the release of their latest single “LOVE TRIP/Shiawase wo Wakenasai“.

The group’s major 45th single “LOVE TRIP/Shiawase wo Wakenasai” was released this week as double A-Side with 7 versions, containing the title tracks “LOVE TRIP,” “Shiawase wo Wakenasai,” and two additional B-sides and instrumentals. This singles ties with their 17th major single “Heavy Rotation” as their single with the most tie-ins, both songs of this single having four.

With all its promotion, “LOVE TRIP/Shiawase wo Wakenasai” pushed a massive total of 1,177,769 units in its first week of sales and easily climbed to the top of Oricon’s Weekly Single Sales chart. Who else but the long-reigning queens of the physical sales charts?

Since the release of their debut single “Sakura no Hanabiratachi” in 2005, AKB48 has been met with tremendous success selling 40,423,000 singles across Japan.

The previous record for total single CD sales by the same artist was held by the Japanese rock group B’z, who sold a combined total of 35,809,000 copies.