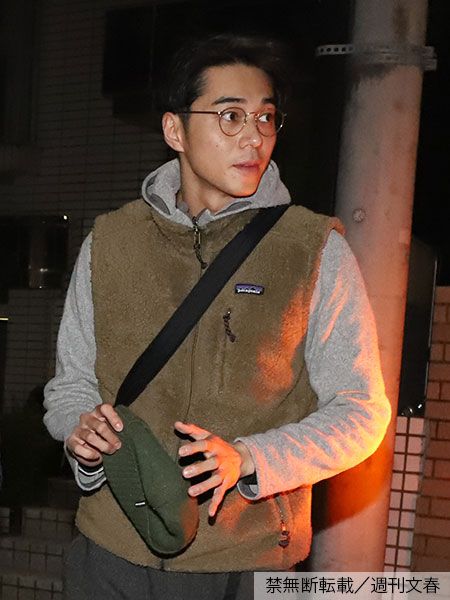 The big scandal of 2020 has been the love triangle between Higashide Masahiro, his wife Watanabe Anne, and his mistress Karata Erika. Masahiro has been silent on the matter, but he broke his silence in an interview with Shukan Bunshun on February 15.

The interview was around 6PM that day. The reporter from Shukan Bunshun surprised Masahiro on the street in a residential area of Tokyo.

“I’ve really done something to be sorry about”, Masahiro opened the interview with.

When asked about his family and work, Masahiro said that he has lost days that he can’t replace due to his mistakes. Specifically regarding his career, he admitted that he thinks he’s lost it completely. He believes that this scandal has cost him future work, so he’s constantly thinking about what he should do next.

The Shukan Bunshun reporter then asked him about Anne and Erika, as well as his current state of mind. He hesitated a bit before answering.

The answers to these questions are to be revealed in this week’s issue of Shukan Bunshun.